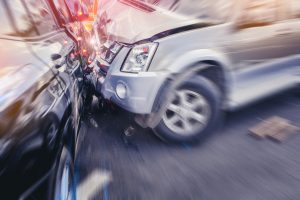 When Florida crash injuries are significant and lasting, it is necessary to analyze all potential avenues of financial recovery. In some cases, that may include claims against car manufacturers for dangerous vehicle design. These types of tort claims are referred to as product liability lawsuits.

Allegations in car accident product liability lawsuits often assert that one’s injuries were exacerbated by design or manufacturing flaws that put occupants at unreasonable risk of serious injury or death.

Recently, a Florida family filed a product liability lawsuit against Honda alleging dangerous design flaws that resulted in severe injuries to a young girl who was riding in the third row of her family’s van. The girl’s mother was traveling with her three children one afternoon in August 2019 when they were rear-ended by a Jeep. According to local news reports, the girl, then 7, suffered a traumatic brain injury and broken bones. She has endured numerous hospital stays, surgeries and daily physical, and occupational therapies.

Although the family is pursuing a claim against the driver of the Jeep for negligence operation, claims against the vehicle manufacturer allege strict liability and negligence for alleged dangerous design flaws that reportedly left third row passengers vulnerable to serious injury.

The alleged flaws of the van include:

Injury attorneys for the family point out that absent a pretensioner in the car, a passenger who sits above the head rest, as this 7-year-old did, is vulnerable to intrusions striking them in the back of the head in a rear-end collision.

The young girl is expected to need a lifetime of medical care. In addition to compensation, the family hopes the litigation will lead to safety changes in the way the vehicle is made.

Product liability claims tend to be more complicated than your average crash case. It is imperative that you only entrust your claim to an injury law firm with extensive experience. In some instances, the link between the injury and the defective part or dangerous design is clear-cut. For instance, if a person suffers serious head and facial injuries due to an exploding airbag, that is pretty straightforward. However, many claims are not as obvious, but no less valid. It may be necessary to hire an expert to help carefully analyze the facts and determine whether we can prove the design flaw caused or contributed to one’s injury or death.

Product liability claims may involve any entity in the supply chain, including not just the vehicle manufacturer, but the dealership that sold you the car.

A recent ruling by the U.S. Supreme Court may impact future vehicle product liability claims in Florida. In Ford Motor Co. v. Montana Eighth Judicial District Court, the court ruled in favor of plaintiffs in two cases against car maker Ford. One case involved a woman who died when her car flipped after her tire tread separated. Another involved a passenger who sustained serious brain damage when a vehicle airbag did not deploy. Ford argued the cases could not be heard in the states where they were filed because the vehicles in question were not designed, manufactured or first sold in those states. The court rejected this argument, finding the company intentionally availed itself of the privileges of conducting business in both states – advertising, selling and cultivating relationships with consumers there. As such, the lawsuits could be filed there.

This ruling on jurisdiction was significant because different states have different laws, some that may be seen as more favorable to defendants. Large corporations might argue jurisdiction in more favorable states using other pretexts, but it is important that the forum be both proper and fair. Working with an injury attorney who has substantial experience in complex jurisdictional arguments is imperative in Florida dangerous vehicle design cases.

If you are injured in Fort Myers, Naples or Key West, contact Garvin Injury Law at 800.977.7017 for a free initial consultation.