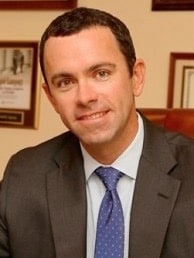 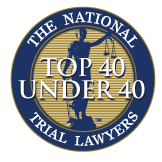 Leland Eric Garvin, a Florida native and second generation trial attorney, began his legal career working as a State Prosecutor. While at the State Attorney’s office, he gained invaluable trial experience representing the State of Florida in countless jury trials at both the misdemeanor and felony levels.

Prior to taking the job with the State, and throughout law school; Mr. Garvin worked for a large personal injury law firm in South Florida. When he wasn’t handling injury and auto accident cases; he made time for the Moot Court Honor Society. It was during his time with Moot Court that he developed a love for the courtroom and passionate advocacy.

After leaving his job as a prosecutor, Mr. Garvin started his own firm handling both criminal defense and injury cases. He and his father Jeff later decided to combine their two practices in an effort to better serve the needs of their clients.

In 2009, Leland was selected as “one of the best up and coming attorneys” in the state of Florida by Florida Trend Magazine and listed in the 2009 edition of Strathmore’s Who’s Who.

In 2010, Mr. Garvin was named by Florida Super Lawyers magazine as one of the Top Young Lawyers in Florida. Only 2.5 percent of the lawyers in the state are selected by Super Lawyers for this list. He has remained on this list each year since 2010.

Leland was also selected as one of the top 40 lawyers under the age of 40 in Florida by The National Trial Lawyers Association in 2012.

He is a founding Board of Directors of Captains for Clean Water in addition to being a founding member and current Vice President of the Southwest Florida Trial Lawyers Association.

Leland is a member of American Association for Justice, the Calusa American Inn of Court, the Lee County Bar Association, and the Florida Justice Association. He concentrates his practice in the areas of personal injury and wrongful death litigation.

In his spare time, Leland enjoys fishing, boating, working on home and vehicle repairs, traveling and spending time with loved ones.

Call the Garvin Injury Law to schedule your free consultation.