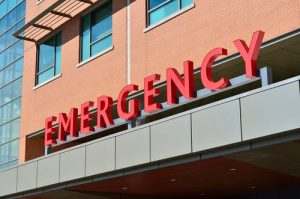 As our South Florida car accident attorneys can explain, there are avenues of legal recourse for those injured in Florida emergency vehicle accidents, but these cases can get complex quickly.

South Florida emergency vehicle crashes occur for many reasons. Extensive research has concluded some of the primary contributing factors are:

Still, not every crash involving an emergency vehicle will be ripe for a compensation claim – even if it resulted in injuries. It should be noted that Florida’s “Move Over Law” requires the driver of every vehicle approached by an authorized emergency vehicle traveling en route to an existing emergency (as evidenced by visible and audible signals) to yield the right of way, immediately pull over as close as possible to the curb, clear the intersection and remain stopped until the emergency vehicle passes. But even if you are hit by an emergency vehicle and were partially at-fault, you might still be entitled to some measure of compensation for your injuries (thanks to Florida’s comparative fault law). It is important to discuss the facts of your case and its viability with a local and experienced injury lawyer before deciding how to proceed.

When outlining the rights and responsibilities of first responder drivers, Florida statutes specifically use phrases like “as necessary for safe operation” and “so long as the driver does not endanger life or property.” Those provisions are important in these types of crash cases.

Several settlements and verdicts against cities and private companies for accidents under Florida emergency vehicle laws have been reported in recent years. Among those:

Additionally, several Fort Myers ambulance crashes have been reported in recent years, though it is not clear how many of those resulted in successful injury claims, settlements or verdicts.

Other states have also held that emergency services and their employees are not always immune from liability for reckless driving. For example, the Illinois Supreme Court recently ruled that a private ambulance company defendant was not immune to the negligence of its driver, who ran a red light and collided with the plaintiff’s vehicle, causing serious injuries. The plaintiff argued that the driver was not responding to an emergency, providing non-emergency medical services to anyone or operating with active lights and sirens at the time of the crash. The defendant argued that state law granted them immunity because the driver was en route to pick up a patient for non-emergency transport. The state supreme court ruled that the law did not extend immunity to the defendant responding to a call for non-emergency transport.

If you are injured in an emergency vehicle crash in the greater South Florida area, our dedicated legal team can help.

Contact our injury attorneys at The Garvin Firm at 800.977.7017 for a free initial consultation.

How to Recover Damages in a Florida Car Accident With an Uninsured Driver, May 11, 2020, South Florida Injury Lawyer Blog