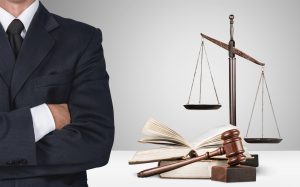 If you have ever done a cursory search on filing a personal injury claim in Florida, there is a good chance somewhere along the way you ran across the phrase “tort claims.” But what is a tort?

As a Key West injury lawyer can explain, “tort” is a legal term for a personal injury caused by civil wrongs. The goal of tort law is to right the civil wrongs by “making whole” (to whatever extent possible) the person who has sustained injury, suffering, unfair loss, or some other harm caused by someone else’s careless, reckless or criminal action.

The goal in most Florida tort claims is to recover financial losses and possibly prevent the same type of situation from happening to someone else. Financial Damages can include lost wages, mental and physical pain and suffering, loss of life enjoyment, and medical bills. These are losses already incurred and those reasonably certain to occur in the future.

You are likely familiar with the most common types of torts, which include:

More broadly, there are two general categories of torts: Incidental and Intentional.

An incidental tort is a more common type. It usually involves reckless, careless or even negligent behavior that results in an accident and injury. For example, someone misjudges the amount of time they have to safely make a left turn and they cause a car accident. A grocery store worker fails to check the floor for slippery substances regularly. A nursing home aide is overworked and does not conduct regular checks on each patient, and one of them suffers a fall. A nightclub known for having regular criminal activity does not hire enough security guards.

Incidental torts are situations wherein one party owes the other a duty of care and does not meet that level of care, resulting in measurable harm to another. Proving fault is paramount to winning these cases.

On the other hand, an intentional tort is one that, most often, involves a criminal act. We indeed have the criminal justice system to hold the accused accountable, but there is a higher proof burden in criminal cases. There is also no guarantee that a victim will receive restitution. That is because sporadic restorative justice efforts aside, restoring or “making whole” the victim is not the criminal justice system’s purpose. Rather, the purpose is to penalize and/or reform the offender. The civil justice system allows victims to pursue claims for monetary damages. They, rather than the prosecutor, are in control.

An obvious intentional tort would be something like physical violence (assault, battery, sexual assault, etc.). Others might include intentional infliction of emotional distress, defamation, fraud, trespassing, or invasion of privacy.

Sometimes, claims include both incidental and intentional torts. For instance, let’s say there was a nightclub shooting. You could file an intentional tort claim against the shooter for purposely causing you physical harm. Insurance companies, most often, will not cover intentional torts, so you would be pursuing compensation from the gunman’s own personal assets. But you might also file a third-party liability lawsuit (an incidental tort) against the property owner for negligent security. This claim would allege the property owner owed a duty of care to patrons to provide reasonable security and failed to do so, opening the door to the harm you sustained at the hands of the shooter.

Tort laws vary from state to state, as well as based on the type of claim you are filing. Although most personal injury tort claims in Florida can be filed within four years of the cause of action, some must be filed within two years – or even sooner. It is in your best interest to talk to a lawyer as soon as possible.

Key West injury attorneys who handle Florida tort claims do so on a contingency fee basis. That means we take a percentage of the proceeds you obtain if/when you win rather than being advanced the costs or accepting pay hourly.

If you are injured in Fort Myers, Naples or Key West, contact our injury attorneys at Garvin Injury at 800.977.7017 for a free initial consultation where we will discuss your rights within the civil justice system and help you come up with a plan of action.