During the 2010 Florida Legislative Session, no less than 17 bills were introduced relating to distracted-driving.

Perusing some of these bills, there’s a sad irony in their fates: All were pronounced dead – like many drivers who took their hands off the wheel and eyes off the road.

This despite the number of organizations supporting bans on texting while driving, from the American Medical Association, Florida Justice Association and chat-show queen Oprah Winfrey to, astonishingly, AT&T. And, of course, the Federal Government.

Teen drivers are the highest risk group. According to the Centers for Disease Control and Prevention (CDC), car accidents are the leading cause of death among teens in the United States. American Automobile Association (AAA) studies show that the cost of teen car crashes in 2008 was more than $34 billion for medical bills, property damage and related expenses. 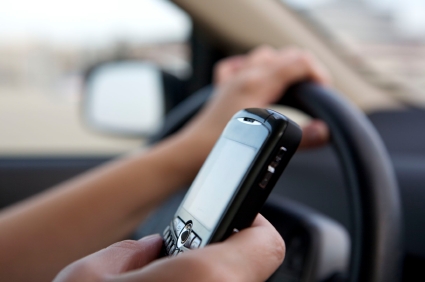 According to the National Highway Traffic Safety Administration, about 6,000 people died in 2008 in crashes involving a distracted driver; more than a half-million were injured.

AAA and Seventeen magazine on August 2 released a joint survey of almost 2,000 teens ages 16-19. It found that 84% know distracted driving increases their crash risk, yet 86% do it anyway.

Even after the litany of statistics, Florida remains one of only 12 states with no ban on texting while driving.

“How many lives do we have to lose before they get that this is a very serious deal?” said state Rep. Janet Long, D-Seminole.

In April, Rep. Ellyn Bogdanoff, R-Fort Lauderdale, chairwoman of the House Finance and Tax Council, effectively killed SB 448, arguing that the bill was too narrowly focused on texting while driving and needed to cover all driving distractions.

Her reasoning echoes the argument made by lobbyists for the electronics and tech industries, who say bans could limit innovation and use of devices, and laws should address driver distraction in general.

But consider: Texting while driving causes reaction times to decline by 35 percent and steering control by 91 percent, according to the AAA Auto Club South. Taking your eyes off of the road for two seconds doubles your risk of getting into a crash.

“Although it is true that there are a lot of distractions, texting is just so predominant,” said Amy Stracke, the club’s managing director of traffic safety advocacy. “It has grown so quickly that we feel like it merits special attention because of the having-the-eyes-off-the-road issue.”

U.S. Transportation Secretary Ray LaHood has pressed for a federal ban on texting while driving, saying that it should be governed by laws similar to those on the use of seat belts and drunk driving.

On September 17, Seventeen magazine, AAA and the U.S. Department of Transportation are asking everyone to participate in the Seventeen Two-Second Turnoff Day.

Instead of spending two seconds looking away from the road while driving distracted, use those two seconds to turn off your phone before you get behind the wheel.

The magazine is also sponsoring a contest for the most creative video on why it’s important to not drive distracted. Deadline is September 10, and the prize is $2,000. For information on how to enter, click here.

And be safe out there.