As of September 8, running a red light at some Broward County intersections will be captured on camera, and subject to a $158 fine.

In May, Gov. Charlie Crist signed HB 325 into law, authorizing local governments to use the cameras as enforcement devices, setting statewide standards and traffic fines for them.

The vehicle owner will receive a citation in the mail, but won’t be issued a traffic violation, so no license points; the owner can appeal the fine. The driver won’t be ticketed for rolling stops, or slowing down and approaching the intersection with caution. Drivers should note, though, that cities have 30 days to send the violations, so you could rack up multiple offenses that all arrive in the mail a month later. 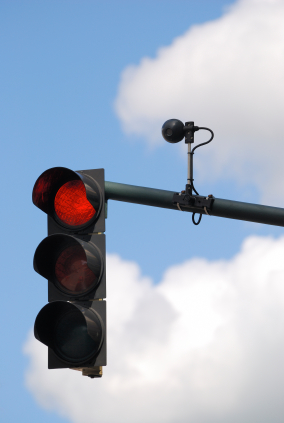 The city of Fort Lauderdale has approved cameras in 10 locations and so far installed six.

Some Broward cities, including Pembroke Pines and Hallandale Beach, have been using cameras, and now must comply with the new state standards. That’s a plus – before the bill’s enactment, cities could fine anyone who didn’t come to a full stop before turning at an intersection with a camera.

Pines Mayor Frank Ortis, a big fan of the cameras, said that since one was installed at 129th Avenue and Pines Boulevard in 2008, there’s been a dramatic change in the incidence of red-light runners.

“My whole goal was to save lives,” Ortis said.

In fact, the bill’s proponents urged its passage as a life-saving measure. It is named the Mark Wandall Traffic Safety Act for a Bradenton man killed in 2003 by a driver who ran a red light. Wandall’s wife, Melissa, has been pressing for the bill ever since.

“This bill will curb the behavior of red-light running,” she told the Sun-Sentinel in an interview after the bill was passed in April. “That’s what this is about, reducing crashes and fatalities at intersections.”

Using covers, tints, or any other tricks to obscure your license plate could get you in even more trouble than running a light; Florida law requires that your entire plate be visible, and use of covers is illegal on roadways.

Aventura was the first South Florida city to install intersection cameras, in 2008. In Broward, they’ve been approved in Hollywood, Davie, Coral Springs and, most recently, Plantation. Margate and Tamarac are also considering them.

Despite all this enthusiasm for the new law, the motive being purely about public safety has been questioned. In a recent editorial, Miami Herald columnist Daniel Shoer Roth expressed skepticism, pointing how expensive it is to appeal a ticket and nearly impossible to win, discouraging challenges.  He agreed with others who believe the real motive is an easy revenue source.

The roadblocks to fighting a camera-issued citation have not prevented challenges to the law’s constitutionality, although Crist has expressed confidence the state is on solid legal ground. Stay tuned.