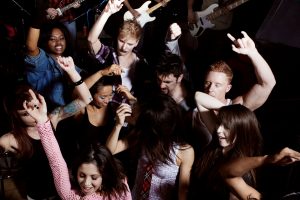 Droves of music-lovers flock to concerts and music festivals because they thrive on the rush of shared energy and musical collaboration. But the presence of so many bodies in close proximity can have deadly consequences, as we saw recently at the Travis Scott Astroworld Festival tragedy in Houston, TX. Crowd surge has been cited in the deaths of at least 9 people and the serious injuries of dozens more. Mounting lawsuits against the performer, the venue, and the organizers are asserting negligence resulting in the concert injuries and deaths.

Scott’s performances are known to be marked by rowdiness bordering on danger, and the singer has even been arrested twice in the past for encouraging people to rush the stage in direct defiance of public safety orders. Among the Astroworld injury claims filed so far, plaintiffs accuse Scott of having actively encouraged and fomented dangerous behaviors leading to death and serious injury. A criminal investigation into the deaths is also underway. Although it’s early in the investigation/discovery process, the general consensus by crowd safety experts appears to be that these concert injuries were preventable.

As longtime Florida injury lawyers and wrongful death attorneys, we recognize that while this is one of the most significant concert injury cases in recent memory, it’s sadly far from the first. In fact, previous incidents are precisely why large venues and product companies typically have a long list of stringent safety protocols that must be followed. Most notably, National Fire Protection Association standards have provisions that include things like:

It is not immediately clear whether these provisions were followed at Astroworld, but some safety experts have gone on record to opine they likely weren’t. Standing-room only setups are known to be among the most dangerous and deadly crowd configurations at large events. It’s imperative these areas don’t get overpacked and that there are specially-trained crowd managers and medical teams on hand. Throngs of this size are supposed to be constantly monitored by these specialists, and issues promptly and properly addressed before problems pass the point of no return. END_OF_DOCUMENT_TOKEN_TO_BE_REPLACED