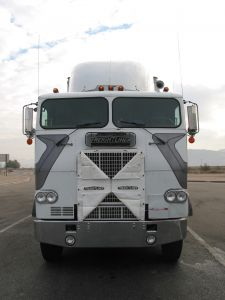 This recommendation and others that target the use of cell phones in vehicles has been met with much opposition — primarily because the ban includes hands-free devices as well as those that are hand-held. The Governors Highway Safety Association reports more than 30 states have banned texting while driving. But only 8 states have banned all hand-held cell phone use.

No state has banned both hand-held and hands-free phone use, even though studies continue to show that hands-free cell phone use may be no safer. The National Safety Council now reports that 1 in 4 accidents can be attributed to a driver who is talking or texting on a phone.

In the last decade, the debate over phones and driving has exploded along with the popularity of mobile phones. In 2000, there were fewer than 100 million wireless subscribers. Last year, there were more than 275 million.

The National Highway Traffic Safety Administration reports that 1 out of every 9 fatal crashes involves a large commercial truck. In 2009, nearly 300,000 large trucks were involved in accidents, killing 3,380 and injuring 74,000. The same report showed that there were 179 fatal accidents in Florida that were caused by a large truck.

Distracted driving statistics are no better. The U.S. Department of Transportation reports that 5,474 motorists were killed and nearly 500,000 were injured in distracted driving accidents last year.

“These numbers show that distracted driving remains an epidemic in America, and they are just the tip of the iceberg,” said Secretary Ray LaHood.

Commercial drivers have an obligation when it comes to the safety of other motorists on the road. Driving an 80,000 pound truck at high speed demands that these professional drivers keep their eyes on the road and not on a cell phone.

To get more information about this along with answers to any injury related questions please contact our offices in either Fort Lauderdale or Fort Myers, Florida.