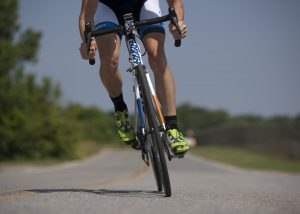 Bicycling is great for individuals and communities in a number of ways, but there is cause for concern when there is an uptick in ridership combined with a lack of safety infrastructure – especially because Florida does not have a great track record when it comes to preventing bicycle accidents.

Why Florida is No. 1 for Bicycle Accidents

More than 780 people in the U.S. died in bicycle accidents in a single recent year, according to the National Highway Traffic Safety Administration. Of those, 125 were killed in Florida – more than any other state in the country, including California, which has 18.5 million more people and is known for outdoor recreation. The per capita death rate of Florida bicyclists is 60 percent higher than the next-closest state. Bicycle accidents accounted for 4 percent of all Florida’s traffic fatalities, which was higher than everywhere else except Hawaii, Delaware, and the District of Columbia.

Florida bicyclists have as much right to the road as any vehicle driver, but they are inevitably at a disadvantage if they collide with a car or truck. They are smaller, slower and there is precious little besides a helmet protecting the rider from the pavement.

Elements that make bicycling in Florida specifically unsafe include:

Although some blame the out-sized cycling danger in Florida on the seasonal “snowbird” drivers who flock here in the winter months, the reality is most at-fault drivers involved in serious and fatal crashes are between the ages of 20 and 24.

Fighting for Compensation After a Bike Crash

Proximity to cars is the greatest determining factor in whether a bike crash is serious. More than 70 percent of fatal crashes occurred in urban areas. As the City of Miami transportation planners noted, “Existing vehicle speeds do not provide for a safe environment for bicyclists…”

Motorists are often at-fault when bicycle crashes occur, but it is not a given that insurers will see it that way. Plus, these cases may be more complex than your average car crash claim, both because injuries tend to be more severe and cyclists are not required to carry insurance.

If you are injured in a South Florida bicycle accident, our experienced injury lawyers are available to answer your questions and help you explore your avenues of legal compensation.

Bike lanes to nowhere: Miami lags behind other cities during coronavirus bicycling boom, June 18, 2020, By Linda Robertson, The Miami Herald