According to the Centers for Disease Control, overdose deaths from painkillers are rivaling the No. 1 killer, traffic accidents. It attributes much of the increase to the overuse of prescription opiates such as OxyContin and Vicodin. In Florida, deaths from prescription-drug use rose from 2,780 in 2006 to 3,750 in 2008 – more than cocaine, according to the Florida Medical Examiners Commission. 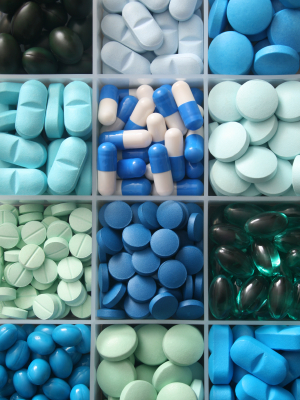 But starting Oct. 1, 2010, a new law will go into effect that takes steps to regulate the clinics and punish offending doctors, although some think it isn’t far-reaching enough.

“No bill is perfect, but this lets the Department of Health and the police regulate, inspect, shut down and discipline [clinics and doctors] operating blatantly outside the legitimate practice of medicine,” says Bruce D. Grant, director of the Florida Office of Drug Control.

The law allows police to inspect patient files for violations without a warrant and enforces penalties for doctors, who can be charged with third-degree felonies and fined up to $5,000 a day of violations. Every clinic must be directed by a doctor with a clean record.

In addition, clinics are limited to selling patients only three days of pills at a time, making it more difficult for dealers who pay patients to buy drugs (however, clinics can get around the rule by charging more for an office visit and giving the pills away, skeptics point out). In 2009, members of the Bonanno crime family were charged with using pain clinics to distribute prescription drugs.

Still, the bill does not require the clinics to do criminal background checks on owners and employees, as other health clinics must.

And although the state has approved a database to track pill dispensing, there is no dedicated, ongoing funding source. Bruce Grant said that more than $500,000 in donations has been raised to pay for the prescription-tracking program, with three months to go in the campaign. The goal is to raise $1 million.

Laws for drug possession and abuse have grown progressively harsher, while the source has not been adequately addressed; according to an FBI report, 82.3 percent of all drug arrests in 2008 were for possession.

Now South Florida’s nearly 200 pain clinics and dozens of OxyContin-dispensing doctors, which have operated with no legal scrutiny, will face some accountability.