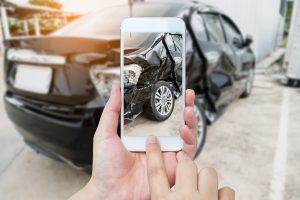 The way drivers pursue civil damages in Florida car accident cases will fundamentally change starting Jan. 1, 2022, barring a veto from Governor Ron DeSantis.  If approved, Florida’s 50-year-old no-fault driver’s insurance law will be no more as of next year, following the majority of state lawmakers’ vote for repeal with SB 54.

The new law will directly impact two types of driver insurance requirements – personal injury protection (PIP) and bodily injury liability coverage. PIP has been required in Florida since 1972 to provide up to $10,000 in coverage for 80 percent of all “necessary and reasonable expenses” incurred as a result of a crash, no matter who caused it. It also includes $5,000 in funeral expenses. Bodily injury liability, which covers damage to others if the insured caused the crash, has not been mandatory for most Florida motorists (with some exceptions for those with prior DUI convictions, etc.). However, Florida’s Financial Responsibility Law has held that drivers must provide up to $20,000 in financial coverage per accident and $10,000 per person if they cause an accident – an amount for which they’d be personally liable if they didn’t purchase insurance to cover it.

Under the new law, vehicle owners would no longer be required to purchase PIP to register their vehicles. However, they would need to pay for:

Those hurt in a Florida car accident would no longer have a dollar limitation on recovering damages for pain and suffering under PIP. Further, insurance companies will be required to offer Med-Pay, with $5,000 and $10,000 in health insurance with no deductible, though insureds could opt-out of this.

While PIP coverage doesn’t require proof of fault, it has often required a fair amount of negotiating with the help of a personal injury lawyer to obtain maximum benefits. For example, only $2,500 in PIP benefits are available if the injuries are not considered medical emergencies. Even if you get the $10,000 in medical coverage, this usually isn’t enough to cover most hospital visits for serious crashes.

PIP also requires that individuals meet the “serious injury threshold,” as defined in F.S. 627.737, before they can step outside the no-fault system and pursue damages against the at-fault driver. The abolishment of PIP would mean this is no longer a barrier to pursuing damages in crash cases. However, those injured in crashes would be required to prove the other driver’s fault in order to recover losses beyond those covered by Med-Pay or health insurance.

Florida follows a system of pure comparative negligence, so one’s own percentage of fault would proportionately diminish the at-fault driver’s duty to pay. (For example, if you have $100,000 in damages but are 30 percent at-fault for the crash, the other driver would only be responsible to cover $70,000 in damages.)

How Will My Florida Car Accident Insurance Payments Change?

The extent to which an individual’s Florida car insurance rates will change will depend on how much – if any – insurance they currently buy. (Florida has consistently held one of the highest rates of uninsured motorists in the country, with about 1 in 5 drivers uninsured.)

Drivers who have been buying the minimum car insurance needed to register their vehicles ($10,000 in PIP) will need to pay up to 50 percent more for a bodily injury liability plan that would cover any injuries they cause to others. On the flip side, motorists who had already chosen to buy liability coverage might actually see their insurance costs reduced, as they will no longer be required to pay for PIP. People with health insurance are likely to drop PIP, as it could be viewed as redundant. The Med-Pay option would offer an alternative for those who don’t have quality health insurance.

The new law would establish the at-fault driver as legally responsible for all damages incurred. As it stands, Floridians already pay one of the highest car insurance rates nationally. It’s not clear whether some will drop their insurance entirely in response to the change in the law, potentially exacerbating Florida’s uninsured motorist problem. This underscores the importance for all drivers of carrying uninsured/underinsured motorist (UM/UIM) coverage. This offers coverage if the at-fault driver is not insured, does not have enough insurance or is not identified (hit-and-run). UM/UIM is not required in Florida, but all insurers must offer it and any declinations must be done in writing.

It is not yet clear whether DeSantis will greenlight the bill or veto it.

What you need to know about pending changes to Florida insurance laws, May 3, 2021, By Ron Hurtibise, The Sun-Sentinel