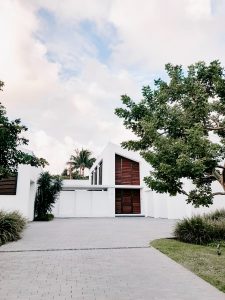 In November of 2019, The News-Press reported the death of a 5-year-old girl in a Fort Myers driveway accident on Cypress Drive. She was playing in a driveway when the homeowner returned and made a left turn into his parking spot. His view of the girl was reportedly obstructed by a sport utility vehicle parked on the right side of the driveway. The girl was rushed to Lee Memorial Hospital, where she was later pronounced dead – the 79th road fatality in Lee County as of the end of November.

Fort Myers car accident lawyers know that driveway accidents can happen for several reasons, and there may be numerous factors even in a single crash.

According to the National Center for Biotechnology Information, driveway accidents resulting in child injuries occur in one of two ways:

Many vehicle-versus-child driveway crashes are backovers, which is when the driver is backing out of a parking space and fails to observe that someone (often a small child) is behind them. Sometimes that is because the child darted into the vehicle’s path. Other times, the driver was not paying attention when they should have been.

Small children can easily be overlooked if they are in the vehicle’s rear blind zone. The predominant age of children involved is between 12 and 23 months – old enough to be mobile, but not yet able to appreciate danger around vehicles. They are also difficult to see, both in front of the hood and behind the trunk, because of their stature. This is compounded by the fact that 60 percent of these incidents involve a larger-sized vehicle, such as a truck, van or SUV.

Still, drivers do have a responsibility to double-check their mirrors before cautiously backing up and pulling out. Rear backup cameras and sensors can help reduce the chances of such a driveway crash (especially those systems that offer a wide-angle view of what is behind the vehicle), but they are not a guarantee. In any case, motorists still need to use reasonable care.

Who Can Be Held Responsible for Driveway Crashes?

The answer to this question will come down to the individual facts of the case. It is possible more than one person or entity may be liable. Because Florida is a pure comparative negligence state, one’s contributing fault for their injuries will proportionately diminish total damages received, per F.S. 768.81.

Courts do not weigh the reasonableness of a child’s actions the same way they do adults, particularly a driver, who owes a duty of care to all other motorists, passengers, pedestrians and bicyclists to use reasonable care in operating that vehicle. Failure to do so resulting in injury is negligence. Even if a child’s actions played a role in a crash, they are not likely to be held liable. However, their parents/caregivers could be found partially responsible for inadequately supervising them.

Drivers are typically the ones held liable for backovers and other driveway accidents, but homeowners might be held responsible as well if there is evidence they failed to address some dangerous conditions onsite. This type of claim is called a premises liability lawsuit. If there was some malfunction or failure of crash avoidance technology systems (cameras, sensors, etc.), those injured may have grounds for a product liability lawsuit.

Fort Myers girl, 5, dies from injuries after hit by vehicle in driveway on Cypress Drive, Nov. 27, 2019, By Michael Braun, The News-Press