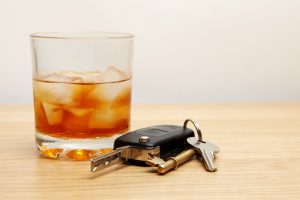 Thanksgiving is associated with tradition, togetherness and turkey. But among public safety officials, it’s well-known as one of the booziest and most dangerous holidays of the year. In fact, the night before Thanksgiving has been dubbed “Drinksgiving” or “Blackout Wednesday,” and is statistically aligned with a steep increase in alcohol-impaired driving and drunk driving injury. (There’s also the increasing popularity of “Danksgiving,” which involves an uptick in marijuana consumption, dangerous when those individuals get behind the wheel.) Crash and fatality rates have reportedly been higher than even New Year’s Eve, the Fourth of July, or St. Patrick’s Day.

As Fort Myers injury lawyers, we recognize there are a few reasons behind this troubling trend. Part of it is because there are so many more people on the road. AAA anticipates a return to pre-pandemic travel levels this holiday, with nearly 54 million people hitting the road – a 13 percent jump since last year, the biggest year-over-year climb since 2005. Three cities in Florida (Orlando, Tampa, and Fort Lauderdale) are listed in the Top 10 U.S. destinations for Thanksgiving 2021 holiday travel. In addition to that, many people have no work obligations during the long weekend, and folks are eager to return “home” to see family and friends. It’s also typically the first break college students have to return to their hometowns and catch up with their high school buddies – usually at local bars and clubs. Add to the mix this year that people are eager to shed COVID gathering restrictions, and it could be a recipe for particularly raucous reunions.

According to the National Safety Council, more than 415 people may die and another 47,500 may be seriously injured over the Thanksgiving holiday due to drunk driving. The agency’s predictions on drunk driving injury and death have historically been fairly accurate.

Who May Be Held Liable for Florida Drunk Driving Injuries, Wrongful Death Claims?

In Florida, motorists are considered impaired if their blood-alcohol level is 0.08 or higher. Per F.S. 316.193, one may be considered impaired regardless of their BAC if they are “under the influence” of alcohol or any chemical substance to the extent their normal faculties are impaired.

It should be noted, however, that this is the definition under criminal statutes, which requires prosecutors to prove the case “beyond a reasonable doubt”. In civil cases where plaintiffs are pursuing claims based on negligence by impaired drivers, one need not necessarily prove the other driver was drunk to show they were negligent (though evidence of impairment can strongly help support your case). Furthermore, the proof burden in most Florida civil claims is proof by a preponderance of the evidence, which is less stringent than beyond a reasonable doubt.

One may also take into consideration that it’s not just the impaired driver who may be held responsible in a DUI crash with injuries. Other potential defendants in Fort Myers drunk driving injury cases:

If the negligent driver involved did not have insurance or lacked enough insurance to cover your damages, we may also explore the possibility of filing a claim through your own auto insurer for uninsured/underinsured motorist (UM/UIM) coverage. Know that just because you’re the one paying the premiums doesn’t make the insurer any more eager to pay out the claim, so it helps to have an attorney advocating on your behalf.

If you are injured in Fort Myers, Naples, Port Charlotte, Sarasota or Key West, contact Garvin Injury Law at 800.977.7017 for a free initial consultation.