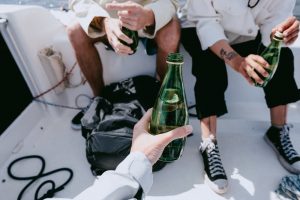 While this report is important to show that alcohol is “primary contributing factor of accidents and casualties” during the operation of a vessel, it does not clearly answer the often asked question of “What is the leading cause of death in boating accidents?”

The Coast Guard and FWC report other top contributing factors include:

Open motorboats (which would include center consoles, skiffs, and flats-boats) were involved in the highest percentage of deaths (48 percent nationally and 63 percent in Florida), followed by canoes/kayaks (14 percent both nationally and in Florida) and personal 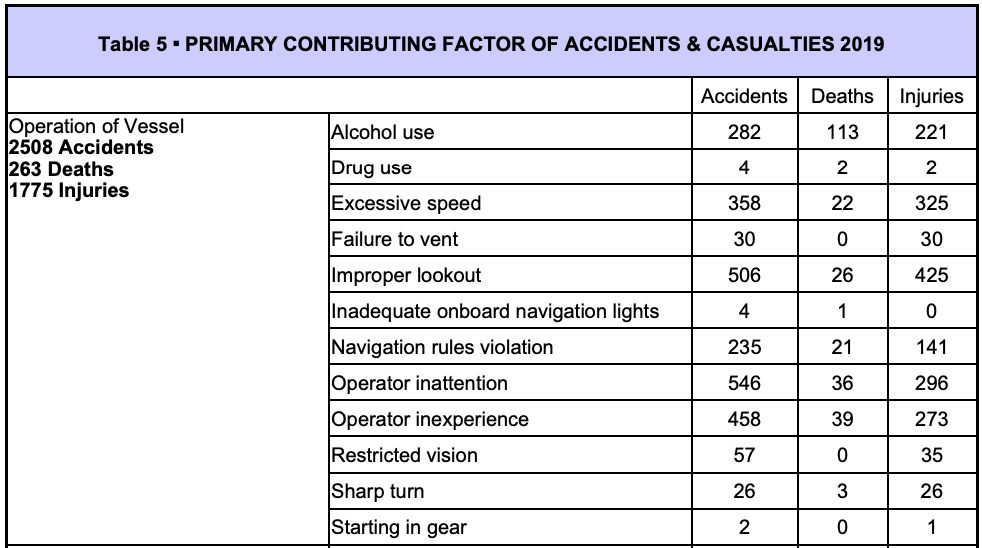 Liability is a legal term that relates to legal responsibility. The question of who is legally responsible for covering the damages stemming from Florida boating accidents typically hinges on negligence. Boating operators have a duty of care to operate their vessels in a manner that is safe and within the accepted standards of reasonable conduct. Failure to do so can result in liability.

Operating a vessel while impaired is an act of negligence that can result in liability. (It is also against the law, with F.S. 327.35 treating it much like a DUI offense.) Evidence of BUI can be used to argue a case of negligence per se (or as a matter of law) or against the defendant in a boating accident case. Evidence of Boating Under the Influence could also be used to argue for punitive damages in Florida or federal courts.

Other examples of negligence that can lead to Florida boating accidents include: 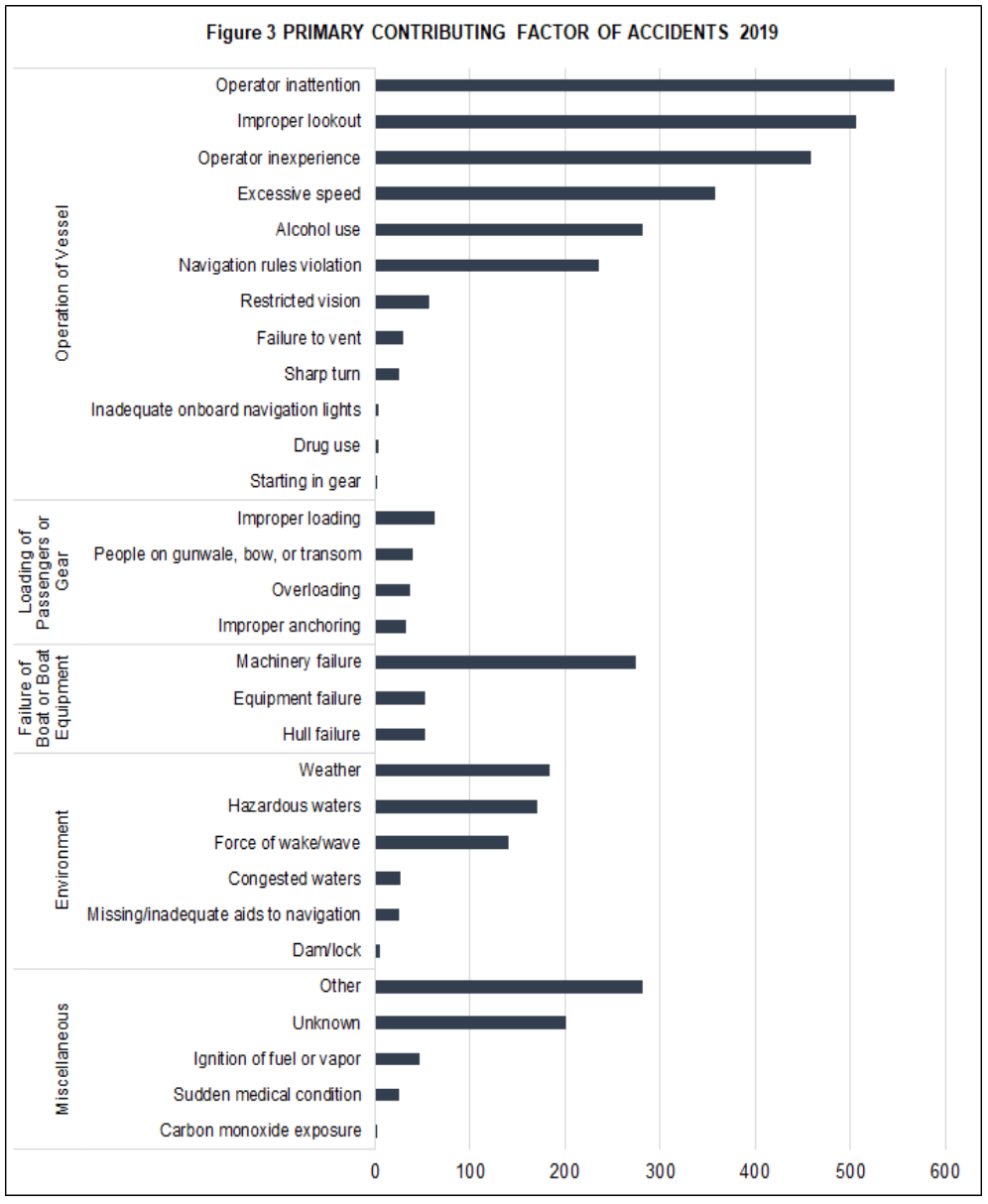 Although 81 percent of fatal Florida boating accidents involve someone who owns their own vessel, South Florida has many boating rental and charter companies that may require participants to sign a liability waiver. As our injury lawyers can explain, the purpose is to release the owner and/or operator of the vessel from liability in the event of an accident. Even if you signed a waiver, you should still speak to an attorney because it may be unenforceable if:

While many boating accident cases are brought in state courts under state maritime jurisdiction, they can also be brought in (or removed to) Federal court where there are additional protections for vessel owners. Once in Federal courts there can be shorter time limitations where it is helpful to have attorneys who are licensed in and familiar with the Federal court process.

Survivors of Florida boating accidents, as well as loved ones of those who died, may have grounds for pursuing damages for medical bills, lost wages, and wrongful death. Our compassionate dedicated Fort Myers injury lawyers can help answer your questions and offer our services on a contingency fee basis – meaning you pay nothing unless/until we win.

If you are injured in Fort Myers, Naples, or Key West, contact our injury attorneys at The Garvin Firm at 800.977.7017 for a free initial consultation.

What if there isn’t enough insurance coverage to pay my claim? Nov. 4, 2020, Florida Boating Accidents Lawyer