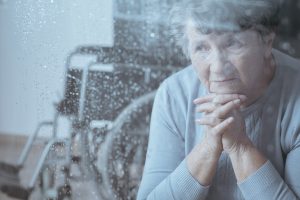 Unnecessary intensive care – particularly at the end of life – may result in significant profits for the nursing homes, but it can increase pain, exhaustion, and suffering of the patient. It can also delay palliative or hospice care and might even accelerate their decline.

In one study published not long ago in the Journal of the American Medical Directors Association, researchers reported a 65 percent increase in the number of nursing home residents receiving “ultra-high” rehab services – most within the last seven days of their lives. The study solely looked at New York nursing homes, but our Naples nursing home injury lawyers know this is a Florida issue as well.

The Naples Daily News reported that the state’s largest nursing home provider faces a $255 million judgment for systematic fraud of the government by providing unnecessary treatments to patients; as we will further detail, there is little doubt that this constitutes nursing home abuse.

How Nursing Home Fraud Can Translate to Poor Care

In 2013, a nurse who worked for two Florida nursing homes later purchased by Consulate filed a whistleblower lawsuit filed under the False Claims Act in the U.S. District Court for the Middle District of Florida. She accused the company of systematic “upcoding” patients on Medicare to make it appear as if they required more services and medical care than they actually did. In turn, she alleged that patients received treatment and therapies that were unnecessary and potentially harmful – just so the company could reap higher profits.

In 2017, the case went to trial, with a jury siding with the whistleblower and issuing a nearly #350 million judgment. That verdict was later overturned for lacking evidence of a corporate scheme and disparate state and federal regulatory practices. A federal appellate court partially reversed and reinstated part of the verdict ($255 million) against the nursing home chain.

A spokeswoman for the company told a reporter that the company should not have been a party to the lawsuit because the skilled nursing facilities involved were not owned or operated by Consulate at the time of the allegations. An analysis by USA Today indicated most Florida nursing homes owned by Consulate have below-average ratings from federal nursing home regulators. The company has vowed to stay open despite the verdict. However, there is concern among nursing home safety advocates that the sizable payout could result in a trickle-down effect on patient care and staffing.

Several months ago, there was yet another allegation of Florida nursing home abuse, a union of nurses for the company filed a complaint with regulators arguing they were not supplied with adequate personal protective equipment (PPE) to do their jobs amid the COVID-19 pandemic safely.

Medicare is a federal health insurance for Americans over 65, and it is a significant source of income for Florida nursing homes. In the past, the amount of Medicare payments nursing homes received depended heavily on the amount of therapy and other services provided to patients.

Last year, in response to a spate of cases involving upcoding, the Centers for Medicare and Medicaid Services changed the Medicare payment model, shifting to a payment model that considers individual needs health characteristics. The goal is to reduce the incentive to commit fraud while still ensuring nursing homes are adequately reimbursed for the sickest patients – even if they would not benefit from various types of therapy and other treatments.

Even with these new changes, there is no guarantee that this will totally eliminate fraud or the Florida nursing home abuse and injuries that can result from it.

If your loved one has suffered nursing home injuries in Naples, Fort Myers or Key West, contact our injury attorneys at Garvin Injury Law at 800.977.7017 for a free initial consultation.