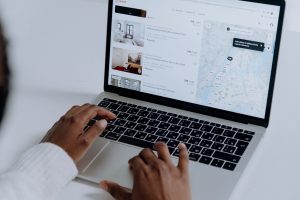 Airbnb is a household name – a wildly popular online platform for parties arranging vacation stays or experiences. According to insurance comparison site The Zebra, Airbnb has nearly 6 million active listings worldwide, operating in at least 100,000 cities with over 1 billion guests staying at these properties. But what happens if you suffer a Florida Airbnb injury? As our Naples personal injury lawyers can explain, there are some unique aspects of these cases, so it’s important to discuss your rights with a civil trial lawyer who practices in the region where the accident or injury occurred. If you’re hurt in a Florida Airbnb injury, you should be consulting with a Florida injury lawyer.

Recently, a Florida man filed a federal lawsuit in the U.S. District for the Northern District of Georgia against the California-based Airbnb and a pair of its hosts after the man was injured while riding a tree swing on the property. According to Law.com, the man’s premises liability lawsuit alleges the property owners bear responsibility for the property’s maintenance – and that includes the tire swing on site. The property owners installed the tire swing and maintained it, and it was advertised on Airbnb as an amenity that business invitees were enticed to use. Yet, that swing was in “unreasonably dangerous condition,” according to the plaintiff. According to the complaint, the tree limb to which the swing was attached was rotten, fragile, and otherwise incapable of supporting the weight of an adult person. Plaintiff, unaware of this, was using the swing when the branch from which it hung broke, causing him to fall “violently” to the ground, suffering injury to his leg, knee and back. He’s seeking more than $100,000 in compensation for his injuries.

There have been many other reported incidents of Airbnb injuries in recent years. Among these:

As property owners making a profit off guest stays at their home, Airbnb hosts are going to be held to a higher legal standard than your typical homeowners. They’ll be viewed more in line with business owners. In Florida, business invitees to a property (those invited for the financial benefit of the property owner) are owed the highest duty of care. That means property owners must take care to regularly inspect the property and address any known or foreseeable safety issues. If such issues aren’t addressed right away, they have a duty to adequately warn guests of a potential hazard. 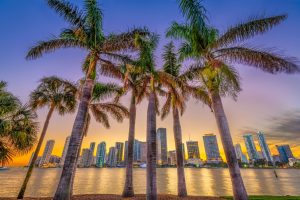 When someone suffers a Florida Airbnb injury, they may be entitled to collect damages under Airbnb’s Host Protection Insurance. This plan automatically provides Airbnb hosts with $1 million in coverage in the event a guest is hurt while they’re staying at an Airbnb host’s site. Host liability covers hosts if they’re found legally responsible for bodily injury to guests or others. It generally doesn’t cover damages for things like:

All this said, Airbnb is technically not a party to rental agreements between guests and hosts, and the company has argued in prior cases that it lacks any ownership or control over the properties featured on its website. That will likely create some legal hurdles; on the other hand, over the last 40 plus years our firm is no stranger to difficult and seemingly complicated cases

Additionally, plaintiffs in Florida premises liability cases must prove that the property owner (host) knew or should have known about the dangerous condition. That can require some intensive investigation. Actual knowledge can be difficult to prove. Instead, we often seek to prove constructive knowledge (that the owner should have known because the condition occurred regularly or existed for long enough that the owner would have learned of it had they been using reasonable care in maintaining their property).

Lastly, many plaintiffs in premises liability claims must overcome defense assertions of contributory negligence. This is when the defense argues that a person’s injuries were caused in part or exacerbated by their own carelessness. So in the case of the tire swing, it’s likely the defense will be carefully examining how the plaintiff was using the swing and whether he might be at least partly responsible for the fall. The good news in Florida is that a finding of contributory negligence will not stop you from collecting damages, but it could limit the total amount you can collect. Damages will be reduced proportionately to your own liability.

A local injury lawyer can go over the specifics of your case – and the precise legal language of Airbnb’s liability policy – to determine whether you have standing to request compensation through Airbnb’s insurance.