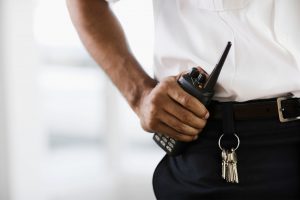 The death of a young college student at the hands of her apartment maintenance worker has driven her family to push for better apartment security, both in a Florida wrongful death lawsuit and a proposed bill. The latter could have significant implications for the 35 percent (2.8 million) Floridians who live in apartments.

According to authorities, Miya Marcano was slain by a maintenance worker with a spotty criminal past. She’d reportedly complained to apartment management that his unsolicited sexual overtures made her uncomfortable. Police say her attacker used a master key fob to gain access to the 19-year-old’s apartment the day of her death. The maintenance worker committed suicide a few days after her disappearance in September. Her body was later found near an old residence of his.

The following month, her family filed a Florida wrongful death lawsuit, alleging negligent security (a form of premises liability), negligent hiring, and negligent retention. They allege the the apartment complex that employed the maintenance worker ignored red flags that he might pose a danger to residents, particularly given Miya’s complaint and the fact that a different female resident at another apartment complex where he was previously employed had also complained about his unwanted advances. What’s more, the maintenance worker had essentially unfettered access to her apartment with his master key fob. This is something many Florida apartment complexes allow for various maintenance issues. Family members allege that clearly without proper oversight and in the wrong hands, such access is extremely dangerous.