It was the young family’s ritual every weeknight evening to go for a bicycle ride after dinner, strapping their baby girl in an approved safety seat before riding through their Central Florida neighborhood sidewalks. It helped lull the 18-month-old to sleep and gave mom and dad the chance to connect and stay active. But the last time they headed out for a ride three months ago would be the last time they would all be together. 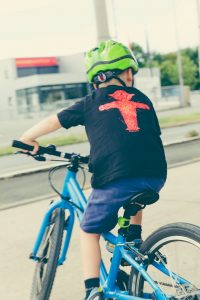 A horrific Florida bicycle accident, allegedly caused by an uninsured, impaired driver who jumped the curb, resulted in the girl’s death. Her father remains in a coma with severe brain trauma. The girl’s mother suffered a broken back and leg and struggles to walk.

Florida is among the most dangerous places in the U.S. to ride a bicycle – and our Cape Coral bicycle accident attorneys know it’s been that way for years. Most roadways were built with maximum speed and motor vehicle traffic in mind. Few are equipped with bicycle lanes. Drivers are distracted (increasingly by smartphones), impaired or fatigued, and we have a densely-packed population. And bicyclists are among the most vulnerable road users. When they collide with cars – no matter who was at fault – it’s the person on a bicycle who is always injured worst. END_OF_DOCUMENT_TOKEN_TO_BE_REPLACED