Fort Myers has again been named the fastest growing city in America. 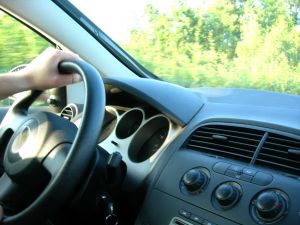 Fox4 News reports Lehigh Acres has ranked the seventh fastest growing city in America with Cape Coral ranked 24th. The annual Wallet Hub report looked at the economic growth in 515 cities over the last seven years to come up with the list.

With the accolades come the accidents. The end of Daylight Savings Time on November 4th will bring early darkness to the afternoon commute. Snowbird and seasonal traffic will soon follow, making it a great time to emphasize the need for improved road safety as we head into the year-end holidays.

The reality is that decades of explosive growth have made the roads of Southwest Florida increasingly dangerous; meanwhile, the Lee County Commission has continued to pander to developers and keep in place deeply slashed development “impact fees” which have left our roadway and pedestrian infrastructure outdated and massively underfunded.

The News-Press reports 2018 is shaping up to be another deadly year on the roads of Southwest Florida. In 2016 and 2017, Lee County reported back-to-back years of more than 100 traffic fatalities for the first time in more than a decade.

Early darkness, returning crowds, and the year-end holiday period make the next two months a dangerous time of the year in Southwest Florida. Please act responsibly and do your part to avoid causing a collision. Not only can you help prevent another tragedy on our roads, but you can also significantly reduce the chances that you will be found responsible for causing a serious or fatal “accident.”

If you are injured, contact Fort Myers injury attorneys at the Garvin Injury Law at 800.977.7017 for your free initial consultation.