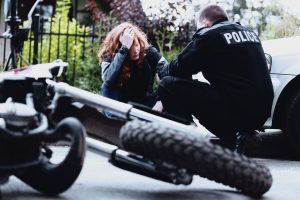 As a Naples injury attorney can explain, there are a lot of different reasons for this protection – constitutional and otherwise. But it’s important to note because it could have a negative (or positive) impact on your ability to recover damages from the at-fault driver. The good news is that if you work with an experienced attorney, he or she can usually obtain that same information elsewhere – especially when the details can still be gleaned during the discovery process.

Being discoverable means all parties involved can demand/access the information during the discovery phase of the trial process. That means we can still review the accident report, read what was said and get to the truth of what happened. Even if we can’t show those physical records to the jury, we can usually find other ways of verifying it. This was underscored in a Florida car accident lawsuit last year before Florida’s Second District Court of Appeal.

There are several kinds of “privileges” in the legal world, and they are understood to mean a special right, advantage, or immunity that is granted or available only to a particular person or group. For example, spouses can’t be required to testify against each other (marital privilege). Lawyers can’t be compelled to testify to things their client told them in confidence (attorney-client privilege). But accident report “privilege,” it turns out, is a bit of a misnomer.

The recent 2nd DCA case involved a driver who struck a pedestrian in a crosswalk. The injured pedestrian sued the driver to obtain compensation for her serious injuries. An accident report had been generated by local police. Statements made to the officer for purposes of completing that report couldn’t be used at the trial. No one questioned that. But the driver’s defense attorney refused to allow the driver and his wife (his clients) to answer questions pertaining to statements they made to the officers on the crash scene, citing the accident report privilege of F.S. 316.066(4).

The trial court ordered the witnesses to submit to additional depositions and answer the questions. The defense petitioned the appellate court for review.

The 2nd DCA noted that parties are entitled to discovery regarding any matter that is relevant to the subject matter at hand, so long as it’s not privileged, and accident report statements are not privileged, despite their name.

The statute plainly says the only limitation of the information is that it can’t be used at trial, the court ruled. There isn’t any indicator that the information is otherwise shielded from disclosure. Therefore, accident report statements are inadmissible, but they aren’t privileged.

For purposes of this discussion, there is nothing in any statute that supplies a ground for refusing to answer questions during discovery. When the law was first written, it appears statements made to an officer about a crash were recognized as a true privilege. However, the law was substantially rewritten back in 1989, and the word “privilege” was deleted. Clearly, the court ruled, lawmakers intended to make it clear that statements made to an officer by a person involved in a Florida car accident weren’t admissible in court, but could otherwise be public record.

How Does the Accident Report “Privilege” Help or Hurt Your Case?

As the plaintiff in an injury case, you want access to as much information as you can get. Accident reports might help establish fault, particularly if the defendant admitted to the officer his/her responsibility for the collision.
(There are sometimes exceptions for excited utterances, such as if a defendant blurts out that they were drunk or fell asleep at the wheel.)
But although these statements generally cannot be used at trial, they can be a tool we can use during discovery to find that same information elsewhere – either by asking the witness about the fact directly (and it is illegal to lie during a deposition) or verifying it through other means (video surveillance, other witnesses, blood tests, driving logs, statements made on social media, etc.).
If you have been involved in a crash, an experienced Naples injury attorney can help you determine the best strategy for receiving full and fair compensation for your injuries.
If you are injured in Fort Myers, Naples, Port Charlotte or Sarasota, contact our injury attorneys at Garvin Injury Law at 800.977.7017 for a free initial consultation.
Additional Resources:
ANDERSON vs MITCHELL, April 5, 2019, Florida’s Second District Court of Appeal
More Blog Entries:
Teen Drivers at Higher Injury, Death and Crash Risk in Older, Smaller Vehicles, Sept. 23, 2020, Naples Injury Attorney Blog