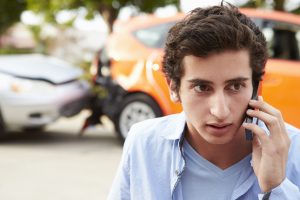 Collectors of vintage cars often muse that “they don’t make ’em like they used to.” But in reality, when it comes to vehicles, they make ’em much safer than they used to. Analysis by the National Highway Traffic Safety Administration found that the older the car, the more likely a crash will prove fatal.

Part of the problem is that older vehicles lack a lot of the safety features that now come standard with newer models, such as:

Smaller cars also have smaller “crush zones,” a structural safety feature designed to absorb the impact of a collision.

Investing in a newer vehicle is one way to keep teen drivers safer on the road. Of course, it is not in every family’s budget to buy their teen a brand new set of wheels. In fact, almost 85 percent of first cars for teens are used. The IIHS and Consumer Reports team up annually to issue a Safe Vehicles for Teens list, all used and some as inexpensive as $5,000.

Beyond this, the U.S. Centers for Disease Control & Prevention encourages parents to engage their children in discussions about safety regularly, lead by a good example, and practice driving together. There is also a Parent-Teen Driving Agreement you can download from the CDC’s website that outlines hazards and clear consequences for breaking certain driving rules. These include pledges by the teen driver to always obey the rules of the road, stay focused on driving, and respect laws about drinking and driving. Additionally, it would make sense to go through your automobile insurance coverages with your agent, or one of our team members, to make sure you and your teen driver are adequately insured.

If you would like to speak with a member of our team regarding selecting the proper insurance for your teen driver Fort Myers, Naples, or Key West, contact our injury attorneys at The Garvin Firm at 800.977.7017 for a free initial consultation.