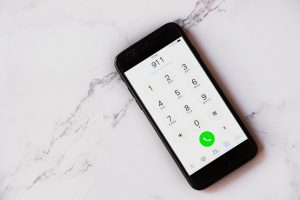 Florida property owners owe a duty of care to protect invitees from third-party criminal attacks – where the assault was reasonably foreseeable. This principle was affirmed recently by the Fourth District Court of Appeal’s reversal of summary judgment favoring a Florida business owner accused of negligence in an injury lawsuit.

As our South Florida injury lawyers can explain, key issues in these types of premises liability cases are:

The defendant in Bryan v. Galley Maid Marine Products, Inc. argued it owed no duty of care to the plaintiff, who was on-site drinking with the owner and three others when he was attacked, twice. He suffered a broken neck, nerve damage, and facial fractures. The defense asserted there was no way the property owner could have reasonably foreseen what would happen because it occurred suddenly and without provocation. Furthermore, the defendant argued the victim was a licensee rather than an invitee, meaning the only duty business owner owed was to refrain from wanton negligence, willful misconduct or intentional exposure to danger.

The court noted there were seventeen (17) minutes between the first attack, which left the plaintiff unconscious and with missing teeth, and the second attack, which resulted in another bout of unconsciousness and even more serious injuries. No one called 911, according to court records, because those present were reportedly afraid of the assailant (who was later arrested, convicted and sentenced to prison).

The trial judge had sided with the business owner, noting that while it was “extremely bothersome” from a moral standpoint that no one at the site sought help for the injured man, there was also lacking evidence that either the first or second attack was foreseeable. In the 4th DCA’s reversal, the panel noted that while the first attack may have taken everyone by surprise, the second act of aggression may have been different. The attacker taunted and threatened the injured man between the two attacks, and the owner testified in a deposition he was afraid for the victim’s safety.

Where a property owner has reason to know an invitee is in danger, injured and helpless, it is not only common sense but basic human kindness to render aid and call for help.

In reversing the grant of summary judgment in favor of the business, the court of appeals found:

As a dedicated South Florida injury lawyer can explain, the bottom line is that business owners in Florida can be held responsible for injuries sustained by a third-party criminal attack. To determine if you have a case, contact our experienced legal team.

If you are injured in Fort Myers, contact our injury attorneys at The Garvin Firm at 800.977.7017 for a free initial consultation.