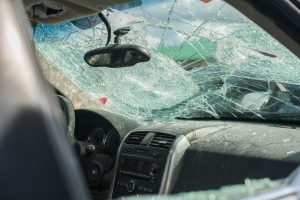 As a longtime Florida car accident lawyer, I’ve come across many individuals who were tricked into believing that if they were involved in a crash, they had nothing to worry about because “I have full coverage.”

Unfortunately, in the auto insurance world, “full coverage” doesn’t go half as far as most people think. And even in situations with decent insurance, it can be a tooth-and-nail battle to compel the insurance company to pay their fair share.

In Florida, people have an especially warped view of how much might be covered because of the fact that we are a no-fault auto insurance state. The (erroneous) presumption is that insurance is going to cover damages, no matter who is at-fault. Although it is true that Florida requires personal injury protection (PIP) coverage of every vehicle owner, some (like motorcyclists) are expressly excluded. Plus, it only covers up to $10,000 in damages – and sometimes even getting them to pay that requires negotiation.

What Exactly Does it Mean to Have “Full Coverage” in Florida?

If you’re involved in a crash with another driver who assures you, “Don’t worry – I’m fully covered,” you shouldn’t assume that everything will be covered and that it’s ok to relax. For one thing, Florida is a no-fault state, meaning you can’t collect damages from the other motorist at all unless your injuries meet the serious injury threshold criteria, outlined in F.S. 627.737. You’d also have to prove the fault of the other driver. Over the years we have learned that insurance companies often don’t do the right thing and fairly pay claims; if they did our law firm would have little purpose and would likely be out of a job.

But beyond that, “full coverage” simply means that one has the bare minimum coverage legally required by Florida law – and that ain’t much. Specifically:

Sometimes, car insurance companies will offer certain types of supplemental insurance as add-ons such as roadside assistance, rental car reimbursement, etc. under the guise of “full coverage.” But still doesn’t mean the damage the person caused is going to be fully covered by the insurer.

Of course, “full coverage” is better than nothing – which is what an estimated 1 in 4 drivers you encounter have.

Why Uninsured/Underinsured Motorist Coverage is So Important

One thing Florida does not require – but that is highly advised – is uninsured/underinsured motorist (UM/UIM) coverage.

Uninsured motorist coverage will extend payment for injuries/damages sustained by an at-fault driver who either did not have insurance at all or who was not identified (i.e., a hit-and-run, which 1 in 4 Florida crashes are). Florida has the highest percentage of uninsured drivers in the country.

Underinsured motorist coverage, on the other hand, kicks in when the at-fault driver has insurance, but lacks enough coverage to fully compensate the person impacted for all their losses. As we’ve just illustrated, it’s possible if not probable that even when the other driver had “full coverage,” they still won’t have enough to cover the full damages in the event of a serious or catastrophic car accident.

The good news is that UM/UIM coverage does come standard in Florida insurance policies, and drivers must sign a waiver rejecting it if they don’t want it. The bad news is we’ve seen too many motorists lack UM/UIM coverage because they didn’t understand what it was or why they needed it. (It’s unsurprising that so many motorists are suspicious of auto insurance companies, given all their unnecessary fees and add-ons. Nonetheless, UM/UIM coverage is something you’d be strongly advised not to skip.)

How Our Florida Injury Lawyers Can Help

As experienced Southwest Florida car accident lawyers, there are a number of ways we can help motorists who have been injured by drivers who are uninsured or underinsured. Among those: