The new law, which passed the state Senate (SB 366) and House in April during the 2010 Legislative Session, went into effect July 1 and bans the sale of most “smoking devices” by businesses that don’t derive at least 75 percent of their income from tobacco sales, or make more than 25 percent from selling the prohibited items. Violators could be sentenced to a year in jail. 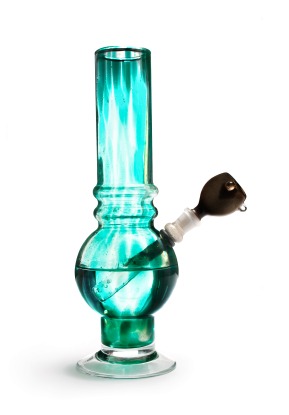 The second time was the charm for main bill sponsor Rep. Darryl Rouson, D-St. Petersburg, who also brought up the proposal in the House last year. Rouson said he championed the bill, which will also raise the tax on pipes and other paraphernalia, as a means of curbing drug use.

“If these items are to be available to the citizens of Florida, then we should charge a surtax on these consumers who are obviously using the pipes to do drugs,” Rouson said in a press release.

The 25% sales tax, he claims, will reduce drug paraphernalia by making them more expensive. The revenue can be used for drug treatment programs, reducing substance abuse; and that, in turn, will make for fewer drug offenses in the court system and inmates in the jails, reducing the cost to taxpayers of prosecuting and incarcerating drug offenders, Rouson says.

The proposal stirred the ire of liberals and libertarians alike, spawning an opposition website, http://killbill187.com, a Facebook page and a petition that began, “Have You Ever Seen a Community Destroyed by a Water Pipe?” that garnered only about 4,000 signatures — on the tepid side in a state of more than 18 million.

Even an outraged Pipe Smokers Intelligencer weighed in, proclaiming Rouson’s reasoning “malarkey” and urging Floridians not to “be fooled by this foolish proposal,” obviously to no avail.

Rouson, who was addicted to crack cocaine in the ‘80s, has since made the battle against drug abuse his personal mission – perhaps a bit too personal. HB 187 isn’t his first confrontation with purveyors of paraphernalia: In April 2005, he was found guilty of misdemeanor trespassing for refusing to leave Purple Haze, a St. Petersburg tobacco shop.

In the 2004 incident, Rouson entered the shop and declared the paraphernalia was used for taking drugs; the shop manager said anyone who talked about illegal drugs was asked to leave, and Rouson refused to do so. Rouson claimed he tried to leave, but was prevented by two pit bulls.

Said Brian Hamacher on NBCMiami.com of the new law: “Rouson, a former drug user himself, should know that pot smokers are nothing if not an inventive group, and will no doubt find other ways to get high.”

An editorial in The Independent Florida Alligator concurs the bill won’t stop drug abusers, suggesting a tongue-in-cheek ban of otherwise innocuous household items that could potentially be used in drug-taking “in order to better facilitate a drug-free Florida.”

As a criminal defense attorney who has handled various cannabis possession (and sale) charges I have a hard time believing that this will new Florida law will actually reduce the number of individuals facing marijuana possession charges in our courts.

Since other laws against drug possession have been largely ineffective, the skepticism is understandable.

To read the text of the bill, click here.