Tort reform advocates are once again beating the same old drum, insisting that if Florida would only lower its litigation costs, auto insurers could lower their rates for the rest of us. 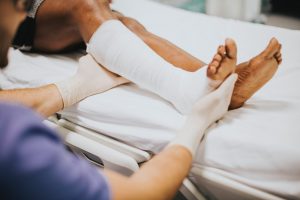 Cape Coral car accident lawyers know the main problem with this line of reasoning is it doesn’t hold up under scrutiny.

As one auto insurance lobbyist testified not long ago, “It’s a misnomer to ever really believe that your rates are going to go down. There are so many pressures for it to go up: Medical costs continue to go up, the cost of the vehicle continues to go up, the amount of wages that you have to compensate for continues to go up. So maybe what you do is slow the rate of rise.”

Even that is a pretty big “maybe.” More than likely, what happens is insurance firms and other large corporations benefit, while those most seriously injured receive less compensation.

A 2017 study in the Journal of Insurance Issues noted that none of the many types of tort reforms enacted in states across the country have done much if anything to lower consumer costs or stabilize insurance markets. This includes reforms such as limitations on attorney contingency fees, modifications of joint and several liability rules, limits on liability for non-economic and/or punitive damages and joint and several liability rules.

“If the main objective of enacting these reforms is/was to stabilize the insurance industry… the results here suggest that most reform measures have had little, if any, discernible beneficial influence on insurers writing auto liability insurance.”

An earlier analysis by the U.S. Congressional Budget Office took on the question of the degree to which tort reform has an impact on insurance rates. Where the impact of damage caps was reviewed, researchers found only marginal reduction to insurance rates (even then, only in certain areas), but the common theme was increased insurer profitability. Ultimately, as most Cape Coral car accident lawyers know, that’s what tort reform boils down to.

In accordance with both common law (i.e., judicial precedent) and state statute, insurers are bound to adhere to a number of principles. These include recognizing claims, investigating them in an expedient manner, responding quickly to your inquiries, not slowing down progress with unnecessary requirements and forms and giving legitimate reasons if a claim is denied.

In other words, they must act in good faith. How we understand bad faith has evolved over time within the court system, though there are no first-party bad faith claims per Florida common law. They do exist under statutory law, F.S. 624.155(1). Third-party claimants must decide whether to file their claim under common law or statutory law, though most choose the latter because it’s so uncompromising. Often what happens is the insured has a right to a first-party bad faith claim which it then signs over to the third-party (i.e., injured person) in exchange for getting themselves personally off-the-hook for any excess damages.

Allowing this, plus Florida’s no-fault insurance rate (which allows up to $10,000 in personal injury protection coverage regardless of crash fault) results in an additional $106 in claim costs or each auto insurance policy issued, according to the Florida Chamber of Commerce.

However, as a recent Florida car accident case before the U.S. District Court for the Southern District of Florida revealed, third-party bad faith claims aren’t all that easy for injury victims to win in the first place.

In Montanez v. Liberty Mutual, a teen driver operating his father’s vehicle in West Palm Beach rear-ended the plaintiff’s vehicle, wherein her two young children were seated. Her 8-year-old suffered serious injuries (as were three others involved in the crash). Plaintiff’s 3-month-old baby died. In a subsequent wrongful death/bad faith insurance lawsuit, the court ruled plaintiff could not establish bad faith when the insurer agreed to tender the $250,000 per-person/$500,000-per-accident limit right away, even though the family had suffered losses far in excess of that.

The bottom line: These cases aren’t easy wins as it is. Few if any are getting rich of Cape Coral car accident claims. Most are only trying to recover what they’ve lost – to the extent that’s even possible. Our car accident attorneys can help.

If you are injured in a Cape Coral car accident, contact our injury attorneys at the Garvin Injury Law at 800.977.7017 for your free initial consultation.