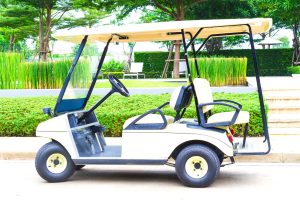 Golf carts were designed with the goal of making it easier for golfers to efficiently traverse the long stretches on the green. But here in South Florida, they’ve become fairly ubiquitous in residential neighborhoods, with operators ranging from spritely senior citizens to carefree kids as young as 8 or 9. It’s also not uncommon to spot them in mobile home communities, airports, sporting events, or at amusement parks. As a Fort Myers golf cart injury lawyer can explain, the presence of golf carts on Florida roadways has led to an increase of dangerous collisions with cars and pedestrians, as well as tipping and rollovers.

The National Electronic Injury Surveillance System database reports that between 2010 and 2019, there were more than 63,000 reported golf cart injuries in the U.S. The annual figure has risen steady during that time, from about 5,500 in 2010 to more than 6,500 in 2019. Kids under 12 suffered the highest percentage of injuries, with most of those occurring on school campuses or at sporting events. More than 40 percent of reported injuries involved head and neck injuries.

State law on golf cart operation is spelled out in F.S. 316.212, and stipulates that golf carts can be operated on certain public county roads, municipal streets, and state highways – but only after consideration by local government leaders about whether golf carts can safely travel and cross those thoroughfares. There should also be signs present.

Under current law, operators don’t need a driver’s license (though they should be at least 14). Nor do golf carts need to be licensed or insured like a car. But if a golf cart is allowed to be driven on the road, the operator must obey all traffic laws – including prohibitions on things like careless driving, failure to yield, running a stop sign, improper turning, and driving under the influence. Such actions could be used as evidence of negligence against the operator if his or her actions cause injury to another.

In Southwest Florida, local county and city governments have a patchwork of rules for when and where golf carts can be operated. For example, Lee County ordinance as of 2009 allows golf carts to be operated from sunset to sunset on county roads on Captiva Island. If the cart is equipped with headlights, brake lights, turn signals, and windshields, it may be operated at night. Operators under 17 with a driver’s license can operate golf carts on those roads from 11 p.m. to 6 a.m., but only if they’re accompanied by an over-21 licensed driver; exceptions are made if the youth is going to or from work.

Recently, council members for the City of Fort Myers have been mulling the possibility of allowing golf carts on certain roads. Proponents argue the carts are easy to drive, energy efficient, and convenient. Those opposed to the measure cite the potential dangers. Discussion on the proposal has been tabled for the time being, but if ultimately approved, the ordinance would allow golf carts to be operated on roads with speeds of 35 miles-per-hour or less. Operators would need a valid driver’s license, and all carts would be outfitted with the proper safety lights. Residents and the City of Fort Myers has continued to debate whether or not this is a good idea on the bike paths in and around McGregor Boulevard.