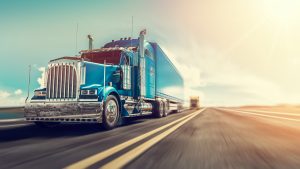 In the last decade, the number of deadly Florida large truck accident cases increased nearly 75 percent, with almost 300 reported in the most recent year, according to The Federal Motor Carrier Administration. On average, more than 3,000 people lose their lives in U.S. truck accidents annually. Federal data released last month indicated the number of people injured in large truck crashes – occupants and non-occupants – spiked 5.3 percent to 159,000 in 2019.

Trucks in Florida barrel daily down I-75 (including Alligator Alley through the Everglades), I-275, I-95, I-4 and I-10. They also rumble along U.S. 41 and on many rural routes in South Florida, posing a greater risk to other drivers.

Florida lawsuits involving large trucks such as 18-wheelers can be especially complex. As our Fort Myers truck accident lawyers can explain, you are not dealing with the just negligence of a single, private individual behind the wheel. Rather, like layers of an onion, there are likely to be numerous corporations, employees, vehicle owners, and insurers involved.

Further complicating matters is that Florida’s large truck accident cases tend to involve very serious injuries, much more so than the average car accident (perhaps unsurprising given that these vehicles can weigh up to 30 times as much as a car). Lives have been upended, shattered, or even lost. Meanwhile, companies know they have hundreds of thousands or millions of dollars on the line. Drivers may have their careers at stake. These defendants are usually well-funded inclined to invest heavily in protecting their own interests – no matter how tragic the circumstances. These are not the kind of cases that can be trusted to just any law firm.