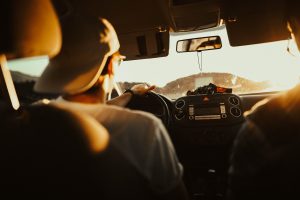 The state fine for a seatbelt violation will be $35, and each county may impose additional fines and court fees as well. Drivers and passengers who are found in violation of the new law are subject to a $114 fine in Miami-Dade County and $115 fine in Broward County.

This law is named in memory of two Florida teens that were killed in separate traffic accidents and died as a result of not wearing their seatbelts.

There are some exemptions to the new law, for instance, a traffic ticket cannot be issued if an occupant has a doctor’s note, drives a trash truck, deliver newspapers, or is in the back of a pick-up truck.

This law has been the subject of fierce debate and many have argued that this law unfairly targets minority drivers as officers could more easily follow or otherwise profile a driver and pull them over under the pretext of stating that they were not wearing their seat belt. Meanwhile, those in favor of this law have argued that it is necessary to save lives as our previous laws did not give law enforcement officers the power to enforce laws that were already on our books.

The “Florida Safety Belt Law” can now be found in Florida Statute 316.614 and the actual text of the law is worth a read if you are facing a citation for this offense. On the other hand, if you were injured in a motor vehicle crash and are seeking more information about how wearing (or not wearing a seatbelt in Florida) can effect the outcome of an injury case please read on. 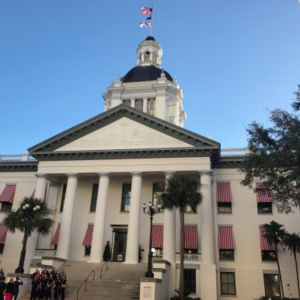 Over the last four decades, our law firm has earned a reputation of being the go-to Florida car accident lawyers, and given this honor, we are most concerned about situations where clients of ours are involved in a crash and it has been determined that they were not wearing their seatbelts. In this instance, Florida law allows a defendant or at-fault driver to argue that the injured person is also at fault for their failure to wear a seatbelt and this further allows a judge or jury to reduce the amount of damages that they are entitled to recover in a personal injury lawsuit. The Florida seat belt defense can be better understood after a reading of Smith v. Butterick, 769 So. 2d 1056, 1058-59 (Fla. 2d DCA 2000) in that case the court discusses what type of evidence must be presented to reduce an injured parties damages.

If you or a loved one has been injured in a Florida car crash and there may be evidence that they were not wearing a seatbelt please give our experienced attorneys a call at 239-277-0005 or toll-free at 800-977-7017; a Garvin Injury Law we have decades of experience with dealing with the Florida seat belt statute and we know how to defeat the arguments that the defense may bring.