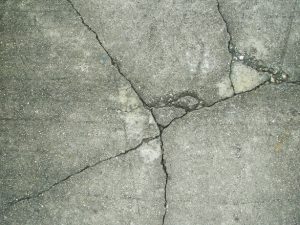 At times our Fort Myers injury lawyers will see this in cases involving extreme sports activities or property with posted “enter at your own risk” signs. In those cases, the risk is either obvious or expressly stated. However, as seen in the 2019 case of Leon v. Pena before Florida’s Fourth District Court of Appeal, it can involve something as simple as a sidewalk crack in front of your apartment complex. But in any case, the assumption of risk is not a complete defense.

Leon v. Pena and the Assumption of Risk Defense

In the Leon case, a woman had lived for nearly a decade at a Florida condominium complex that had a broken sidewalk. The plaintiff was aware it was damaged. She had not ever taken any special care to avoid it, but she had never tripped over the crack. Until one day she did. She lost her footing and fell, suffering several injuries.

She filed a Florida premises liability lawsuit. But the trial court granted summary judgment favoring the landlords, noting the claims were all based on the condition of the sidewalk – something the plaintiff admitted she was aware of.

The appellate court, however, reversed. The reason was that even though the defense established the plaintiff’s assumption of risk, they had not yet established what degree of fault should be conferred to the plaintiff for that.

As the plaintiff pointed out, while she noticed the damaged portion of the sidewalk when she first moved in 10 years earlier, its condition continued to deteriorate over time. Although the crack was noticeable, particularly considering the rest of the yard was well-maintained, she argued there were still genuine issues of material fact (to be decided by a jury) about how obvious the danger was given its gradual deterioration. She also argued that regardless of whether she was aware of the hazard, the landlords were still negligent for failing to maintain the premises; they too were aware of how damaged the sidewalk was but did not do anything to fix it. In an affidavit, she noted she had personally reported the sidewalk damage to the landlords. She had offered to personally repair it, but they refused this help. And while she did know about the general crack, she did not realize the potential for it to suddenly crumble underfoot, as it did when she fell.

As the Fla. 5th DCA noted in Krol v. City of Orlando, a property owner can presume that someone lawfully on-site will perceive any obvious hazard and use their common sense to avoid it.

However, the plaintiff in this Florida premises liability case alleged not only failure of the duty to warn, but also the failure of the duty to maintain the property in a reasonably safe condition. Those are the two primary duties landowners/occupiers owe to invitees (lawful guests). The failure to warn was a moot point in this case, as the plaintiff already knew the danger. However, that did not absolve the property owner of the duty to maintain the premises. To do so, the 4th DCA noted, would be contrary to Florida law on comparative negligence. There remained a factual issue (for the jury) about whether the damaged sidewalk residents used regularly could potentially harm them – even if it was obvious. The case was allowed to proceed on that claim.

If you have questions about Florida premises liability, our experienced Fort Myers injury lawyers are here to help.