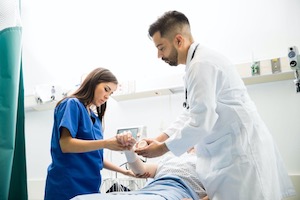 Burn injuries are often shocking, traumatic, and excruciatingly painful. Most times, they’re also entirely preventable. Many Florida burn injuries are the result of someone else’s negligence, or failure to use care when they had a legal duty to do so. Fortunately, negligent parties can be held financially liable to cover the losses of those who were hurt. These damages are often ultimately paid by insurers.

Fort Myers Florida burn injuries can be caused by:

More than 1 million people are treated for burn injuries in U.S. emergency departments every year. According to the American Burn Association, an estimated 50,000 are hospitalized annually for severe burn injuries; half of those have burns on at least 25 percent of their bodies. While about 4,500 people die of the actual burns, another 10,000 suffer deadly, burn-related infections. Severe burns are often accompanied by immune and inflammatory responses, metabolic changes, and distributive shock that can lead to multiple organ failure.

If one survives all that, treatment such as skin grafting and reconstructive surgery can be agonizing and stretch on for years. Scarring can result in permanent disfigurement, profoundly impacting not only survivors’ physical abilities but their mental and emotional health for the rest of their lives.

Burn injuries can profoundly impact your life. If they were the result of someone else’s wrongdoing or recklessness, it’s important to discuss your legal options with an injury lawyer who has extensive experience and a track record of success in handling these types of cases.

Can I Sue for Burn Injuries in Florida? 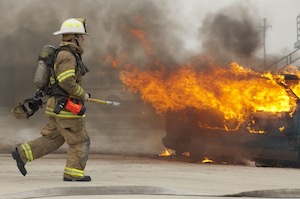 Whether it’s possible to pursue a civil claim for financial damages for a Florida burn injury will depend on how it happened and to what extent the plaintiff shared any responsibility. As Fort Myers burn injury lawyers serving Lee, Collier, Charlotte and Sarasota Counties, we’ve noted some incidents from which Florida burn injury lawsuits stem include:

That’s not an exhaustive list, but it does provide a sense of how varied these cases can be. In most of these situations, what the attorney will need to establish is negligence by an outside party. That is, another person owed the burn victim a legal duty to use reasonable care, they failed to use reasonable care, and someone was injured as a result of that failure.

For instance on the road, all drivers owe their passengers and each other a legal duty to use reasonable care by obeying traffic laws and exercising a degree of care that any prudent person would in their situation. If they don’t slow down in inclement weather and cause a crash, they can be held legally responsible to pay for the resulting injuries.

It gets a little more complicated when burn injuries result from things like a defective product, dangerous property, or poor caregiving, but the same general concept applies.

How Much Is a Burn Injury Claim Worth?

The value of a viable burn injury claim will depend heavily on three things:

With respect to the severity of your injuries, it can run the gamut. There are three primary types of burns. These include:

Any burn - even a minor one, if not properly treated - can result in blood loss, infection, tetanus, and shock. Chemical burns can be especially dangerous because they can do substantial internal damage that isn’t immediately visible. Further, the area where the body is burned can play a role in both severity and treatment. Burns on the face, hands, feet, or groin area - no matter how seemingly minor - should be checked and treated right away.

Burn injury damages can include compensation for medical bills, therapy expenses, and the wages lost due to being unable to work for any stretch of time or being unable to do the work you once did. These are referred to as economic damages. There is also the potential for non-economic damages, which refers to compensation for subjective, non-monetary losses such as pain and suffering, inconvenience, emotional distress, loss of society and companionship, loss of life enjoyment, and loss of consortium.

With regard to who is at fault and responsible to pay, Florida has a system that apportions damages (among one is legally required to pay for an injury) based on their degree of fault/negligence. This system, as outlined in F.S. 768.81, is referred to as comparative fault. It’s a plaintiff-friendly statute (especially compared to other states) that even allows an injured person who was partly responsible for their own injuries to pursue damages against others who were also negligent. In fact, you can be up to 99 percent liable for your own injuries and still pursue damages, though the amount you can collect will be proportionately reduced by your share of fault. So if you’re 45 percent liable for your own injury, you will only be allowed to collect a maximum of 55 percent of damages from other at-fault parties. If there are multiple at-fault parties, generally each is only responsible for his/her own damages.

If you have suffered a severe burn injury in Fort Myers, Naples or Sarasota our dedicated South Florida injury lawyers are committed to fighting for the best possible outcome in your case. Do not settle a burn injury claim until you have consulted with an experienced civil trial lawyer.