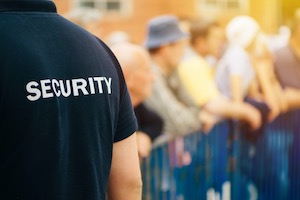 Survivors of violent crimes may suffer lifelong physical impacts and emotional scarring. While criminal prosecution and conviction can bring a measure of justice and closure, the goal isn’t specifically to compensate traumatized victims for their very real and continuing losses. If the attack could have been prevented with better security measures, there may be grounds to pursue a civil injury claim for negligent security.

In a single recent year, more than 81,000 violent crimes were reported in Florida. These included murders, rapes, robberies, and aggravated assaults. Thankfully, this is a significant decrease compared to decades past, according to the Florida Department of Law Enforcement. But that doesn’t alter the fact that businesses and property owners retain a legal responsibility to customers, clients, and other lawful guests to implement basic security measures to prevent foreseeable attacks. As our Fort Myers injury lawyers can explain, failure to do so can be the basis of a civil claim alleging negligent security, also sometimes referred to as inadequate security.

What Exactly Is Negligent Security? 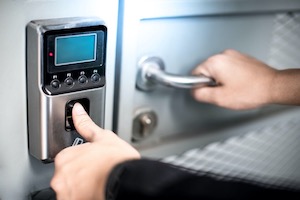 It may strike some as strange that a business or landlord could be held legally accountable for a crime committed by someone else. In fact, it is true that Florida courts are hesitant to impose liability on anyone for the actions of a third party. However, exceptions exist when a duty to protect another arises as a result of the defendant’s actual or constructive control of:

Florida inadequate security claims stem from the property owner’s failure to implement reasonable safety measures for the benefit of lawful guests when they had a legal duty to do so. As noted in the Fla. 5th DCA 1999 case of Brown v. Suncharm Ranch, the duty to protect others from injury caused by a dangerous condition on site rests with the party who has the right to control others’ access to the premises.

These claims are civil matters and entirely separate from the criminal case. In fact, it’s not even necessary for an assailant to have been convicted or even caught for an inadequate security claim to be viable. It’s about the fact that customers, tenants, and other guests are placed at greater risk of harm when the property owner fails to provide adequate security.

Florida negligent security cases are most often filed against places that welcome the public. Examples include:

Where members of the public are welcomed onsite for the financial benefit of the owner, the highest duty of care must be paid. That means not only promptly addressing known (or knowable) hazardous conditions on site, but also inspecting for the presence of such conditions routinely. Where there is a foreseeable risk of criminal activity, those who own and/or control the property have a responsibility to take reasonable action to mitigate that risk and/or ensure guests have sufficient warning.

What usually must be proven in a negligent security case is:

What Is Meant by a Foreseeable Criminal Act?

Foreseeability is a crucial factor in negligent security cases.

Property owners are not expected to predict the future. However, they do have a duty to recognize foreseeable threats to the safety of their guests. Foreseeability refers to whether past crimes on or near the site made owners aware of safety risks.

It doesn’t necessarily have to be the exact same crime or even location to be foreseeable. But Florida courts weighing foreseeability will be closely analyzing:

Examples may include robberies, carjackings, sexual assaults or shootings either at the same location or nearby. Such incidents would compel reasonably prudent property owners to beef up security to protect lawful guests.

Damages refers to losses for which one can be financially compensated.

If one prevails in a negligent security case, potential damages they may collect may include recovery for:

If a person is killed in a criminal attack on someone else’s property due to inadequate security, certain survivors or the estate may pursue a wrongful death lawsuit.