When recovering from a serious car accident - or grieving the sudden loss of someone who just died in one - the very last thing you want to do is go toe-to-toe with insurers. At the same time, it isn't fair for you to be drowning in bills because of a crash that was someone else's fault. Trusting a skilled St. Petersburg car accident lawyer to advocate on your behalf gives you peace of mind knowing that experienced professionals who know the ins-and-outs of the Florida tort system and the Sixth Judicial Circuit court processes are on top of it. You're able to focus on recovery - and you don't need to worry about paying attorney's fees up front - or at all - unless or until you prevail. 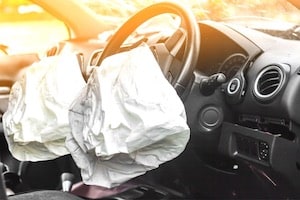 Of all the things St. Petersburg, Florida is known for, its reputation of lagging safety for drivers, pedestrians, motorcyclists, and bicyclists is not among the proudest. As a mid-sized city with a lot of tourists and traffic congestion, high speed limits, and some major highways running through it (I-4, I-275, I-75, etc.), it's prone to some road safety problems. That said, careless drivers are the main catalyst for crashes.

If you're involved in a crash with injuries, a skilled St. Petersburg car accident lawyer can effectively advocate on your behalf for fair compensation for your losses.

What to Know if You're Injured in a St. Petersburg Crash 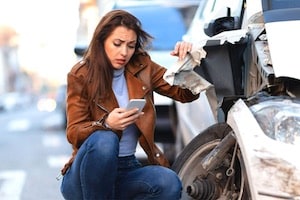 If you're injured in a crash in St. Petersburg (or really anywhere in Florida), it's important to understand a bit about Florida injury law and how the car accident claims process is likely to unfold.

To start, you've likely heard that Florida is a no-fault state when it comes to auto accidents. However, that doesn't mean fault won't matter. In cases with serious injuries, it very much does.

No-fault auto insurance refers to personal injury protection, or PIP, which all vehicles registered in Florida must carry, per F.S. 627.736. PIP covers 80 percent of immediate medical coverage to insureds - up to $10,000 - in lieu of establishing fault through the court system. PIP coverage essentially makes individuals responsible for their own injuries, no matter who was actually at-fault. The goal was to limit payment delays for injured drivers and minimize the burden of having every single car accident claim weighed in court.

However, $10,000 isn't likely to go very far in a serious crash. State lawmakers recognized this in establishing the serious injury threshold, codified in F.S. 627.737(2), which allows those who have suffered significant and/or permanent injuries (or death of a loved one) to step outside of Florida's no-fault system and seek financial compensation from the at-fault driver and any others legally responsible. In that case, claimants will need to prove fault. (There are a few scenarios where third parties - such as vehicle owners or employers - may be vicariously liable and not directly at-fault, but you still need to prove the other driver's fault.)

If the at-fault driver does not have insurance (as 1 in 4 Florida drivers don't), or fled the scene in a hit-and-run (as is the case for 1 in 4 Florida crashes), or doesn't have enough insurance to fully compensate you for your losses, you can file a claim for uninsured/underinsured motorist (UM/UIM) coverage from your own insurer. But you still have to prove the other driver was at fault.

Crash victims are also expected to prove the full extent of their injuries and financial losses, as well as causation. In other words: You need to show solid evidence that your injuries and adverse financial impacts are as extensive as you say, and that it was all directly caused by a crash for which the defendant driver was at-fault.

Insurers will almost always push back on these claims. Keep in mind: The insurance business is all about risk management. If they think they can get away with paying less (or not at all) with little-to-no consequences, they will take those odds - regardless of your loyalty as a customer.

This is part of why hiring a St. Petersburg car accident lawyer at the outset of an injury case is so important. When you have a legal advocate who can jump right in, accurately assess the value and viability of your claim and then identifies the exact evidence needed to prove it - insurers suddenly think twice about how deep they want to dig in their heels. Even if they continue to press forward with denials or low-ball offers, a good attorney will recognize when it's a deal worth taking and when it's better to take the matter to court.

Note: Even if you're partially responsible for the crash, you may still be able to collect damages. Florida's comparative fault law, F.S. 768.81, does not require injured crash victims to be blameless to collect damages when someone else was at-fault too.

If you prevail on your St. Petersburg car accident claim, you may be entitled to collect damages for medical bills, lost wages, pain and suffering, emotional distress, mental anguish, loss of life enjoyment, and loss of consortium.

Contact the St. Petersburg car accident attorneys at Garvin Injury Law by calling 800.977.7017 or via our online Contact Us form.