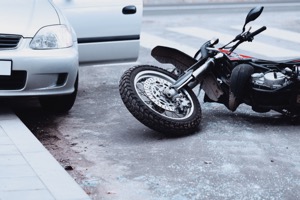 Motorcycle tourism is considered vital to the economy in the Florida Keys, and many of the locals love to ride too. The weather is beautiful, the roads are long and scenic and innkeepers all along the coast prominently display “Bikers Welcome” on signs.

As most bikers know, the ride is not without risk. There are more than 9,000 Florida motorcycle accidents every year, resulting in nearly 7,900 injuries and more than 500 deaths. That is according to the Florida Department of Highway Safety and Motor Vehicles, and officials report roughly 135 Monroe County motorcycle accidents annually, ending in dozens of injuries and nearly half-a-dozen deaths. Crashes peak in the spring, at the height of vacation season.

Motorcyclists are entitled to the same legal rights as any other driver, but they are often viewed with some prejudice - even though they are among the most vulnerable road users. They must manage to operate among much larger vehicles driven by motorists who often aren’t not always paying attention or fail to use reasonable care when changing lanes, turning, merging or crossing an intersection. The danger is outsized in the bustling downtown strips of Key West and on U.S. Highway One or “Overseas Highway”, which can get very busy, depending on the time of year.

As longtime Key West motorcycle accident lawyers, the legal team at The Garvin Injury Law understands that not only are these crashes disproportionately prevalent (given how many motorcycles vs. cars there are on the road), they also tend to be more serious and can involve some unique legal challenges to pursuing compensation.

Regardless of whether you have been in a motorcycle crash, it is a good idea to have a solid base knowledge of your rights and responsibilities under Florida’s motorcycle laws.

For the most part, motorcyclists are viewed under the law just like any other driver, with a few noted exceptions.

Those exceptions can include:

Most riders lose more than their bike if they are involved in a motorcycle accident. Many suffer broken bones, lacerations, soft tissue injuries, road burns and sometimes brain and spinal cord injuries.

If the crash was at least partially the fault of other motorists or if you were a passenger on a motorcycle whose operator was negligent, you have the right to pursue damages. This is true even if you were partly to blame, though this isn’t something you should concede without first speaking with your lawyer.

You may be entitled to collect compensation for:

Your spouse/loved ones may also be entitled to a form of compensation known as “loss of consortium.” It will depend on the severity of your injuries and how those have affected your close relationships.

If you are involved in a South Florida motorcycle accident, hiring an injury attorney from South Florida to help handle your claim - someone who knows state law as well as the local legal landscape - is important. Not every claim requires a lawsuit but we are committed to fighting for the best outcomes for our clients - whether that is a quick settlement with your PIP insurer or a civil trial.