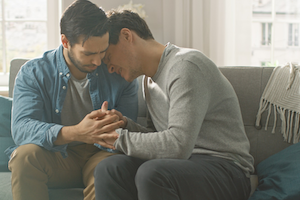 Florida personal injury cases, which are a type of tort claim, stem from bodily injury or emotional harm suffered because of an incident or incident for which another person is liable. Liability refers to the legal responsibility another person or business owes to compensate those harmed. Ideally, justice is blind. However, it has long been true that people who are lesbian, gay, bisexual, and transgender (LGBT) in Florida have faced unique hurdles to obtaining justice.

While enclaves of Florida, such as Wilton Manors, Orlando, Miami, Tampa, and Key West, are considered very LGBT-friendly, prejudice can still be problematic throughout the state. In the context of injury law, prejudicial attitudes can impact everything from the way incident reports are written to the quality of medical care they receive to how much juries are willing to compensate plaintiffs, their spouses, and families.

Our Florida LGBT-friendly injury lawyers recognize these challenges. As staunch defenders of equal rights as well as longtime South Florida injury lawyers, we are committed to helping you secure fair compensation for your losses in cases of personal injury, wrongful death, workers’ compensation, medical malpractice, premises liability (including third-party criminal attacks and hate crimes) and loss of consortium. We are dedicated to fighting for equitable outcomes for all our clients.

According to the Center for American Progress, as many as 1 in 4 LGBT individuals have experienced some form of discrimination in their lifetime. It is pervasive enough that it can negatively impact all aspects of their lives – including the way they have historically been treated in the civil justice system, even though it is not always overt.

For anyone who needs proof that prejudice still exists, consider that while same-sex marriages have been legally recognized in Florida since the 2015 decision in Brenner v. Scott (solidified soon after by the U.S. Supreme Court’s ruling in Obergefell V. Hodges), the now-unconstitutional state law limiting marriage to one man and one woman (F.S. § 741.212) has remained on the books for years despite repeated attempts to have it repealed.

In the 2016 Grimsley et al v. Scott ruling, the U.S. District Court for the Northern District of Florida noted that the state had “demonstrated history of resistance to recognizing marriages of same-sex couples – including repeated refusals to acknowledge their legal losses,” among other things.

Loss of consortium is a type of damages paid for the loss of companionship, company, cooperation, and conjugal relations of a spouse. These are direct injuries sustained by the spouse of the injured person, which must be pleaded separately, even though it is a derivative claim. LGBT plaintiffs have historically faced an uphill battle with loss of consortium claims.

Prior to the U.S. Supreme Court’s decision in Obergefell, same-sex partners were not entitled to bring loss of consortium claims, even if the relationship was exclusive, committed, and intimate. The fact that those involved were barred by law from marrying did not warrant the creation of an exception to the rule requiring a legal marriage.

Now that same-sex marriage is legal, you and your spouse may have many rights, including family leave benefits, workers’ compensation benefits, property inheritance, and legal standing to sue for loss of consortium. Just like other couples, same-sex couples who are married in other states are recognized as married in Florida.

It should be noted that boyfriends and girlfriends are not entitled to loss of consortium damages under the law. Individuals must be married to prevail because it is the legal relationship between the claimant and the injured party that gives rise to a loss of consortium claim.

Further, a person typically cannot “marry into” a cause of action. You must have been married at the time of the injury to win your case. This is often the case with wrongful death claims too. However, there was one successful challenge to this “marriage before injury” rule in the landmark 2019 wrongful death case of Caprio v. Philip Morris. A jury in this Broward County ordered defendant big tobacco companies to pay the surviving gay spouse of the decedent $9 million in compensatory damages (including for a claim of loss of consortium) and $148 million in punitive damages. This was despite the fact the two, monogamous for more than 30 years, were not married until shortly after Obergefell made it legal for them to do so, years after the decedent was diagnosed with COPD. Prior to the trial, the plaintiff’s attorneys successfully argued that the “marriage before injury rule” violated both the Equal Protection and Due Process clauses of both the federal and Florida Constitution.

Our team of South Florida LGBT-friendly injury attorneys will carefully examine each element of your case, identify all defendants, determine the viability of all claims, and work toward the most favorable outcome.

Contact our Fort Myers personal injury attorneys at Garvin Injury Law today at 239.277.0005 or online for a free case review.