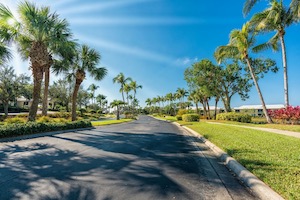 As Estero car accident lawyers and longtime residents of this area, we’ve seen this community expand by leaps and bounds in recent years. The uptick in residents and tourists has ultimately yielded an inevitable spike in traffic volumes and, unfortunately, crashes too.

Common injuries in these cases include:

Although Florida is a no-fault state for auto insurance, those injured in Estero car accidents can pursue additional damages from at-fault drivers if the injured meet the state’s serious injury threshold, as outlined in F.S. 627.737. Even if you have personal injury protection (PIP) insurance (the no-fault coverage required for all vehicle owners), the most you’ll recover from it is $10,000 in medical expenses and wage losses for emergency medical issues resulting from the crash. According to the National Safety Council, the average cost of a crash with evident injuries is more than $28,000. If the injury is disabling, it shoots up to more than $98,000 - and that doesn’t even include factors like pain and suffering, loss of life quality, etc.

Survivorsa fighting for fair compensation after a crash can find themselves facing many roadblocks. Every crash is unique in its own way, but where serious injury and death occurred, insurers will fight tooth-and-nail to dispute liability and/or minimize their payout. Working with an experienced Estero injury lawyer is an imperative. Doing so in the early stages may even help to circumvent the need for a lawsuit because we’re often able to expeditiously and adeptly negotiate an advantageous settlement for our clients right out of the gate. 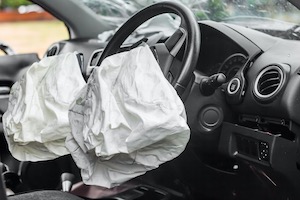 The Village of Estero, newly established in 2014, is divided into 7 districts with approximately 4,000 residents per district - and growing. It’s one of the smaller communities in Lee County - but it’s a prime destination for both tourists and nearby Southwest Florida residents alike. It contains more than 35 gated communities, as well as Coconut Point Mall, Miromar Outlet Mall, Hertz Arena, Hertz Corporation, Estero Community Park, the Koreshan Historic Site and numerous state parks (Little Hickory, Mound Key, and Lovers Key, to name a few). It’s also adjacent to the Southwest Florida International Airport and Florida Gulf Coast University.

Three-year averages in Lee County, as calculated by the Florida Department of Highway Safety and Motor Vehicles, are:

An area-wide traffic study several years ago established numerous stretches of Estero roadways likely to be operating over capacity within a decade - most of them on and along Corkscrew Road, the main artery through the heart of Estero connecting east and west. Even then, increasing seasonal visitors and booming development were clogging this vital traffic vein, particularly during peak season.

Estero car crash data indicates the majority of collisions occur at intersections, the most common scenario being rear-end collisions occurring when drivers turn left across numerous lanes of traffic.

Crash rates in Southwest Florida overall are especially high during “season,” with snowbirds (seasonal residents) and tourists flocking to the region around Thanksgiving and staying until/tapering off around April. That doesn’t necessarily mean snowbirds and tourists are disproportionately causing crashes. But traffic is inevitably going to lead to more traffic accidents - particularly when roads aren’t well-equipped to handle the volume increases.

The traffic study anticipated significant road capacity problems over a decade with a population growth rate prediction of 1-2 percent. But that was before Southwest Florida’s explosive - and largely unanticipated - post-pandemic growth of the early 2020s. Still, the traffic experts recommended numerous widening, extension, and signal installation projects, as well as traffic-calming measures and more bicycle lanes, sidewalks, and safer pedestrian crossings. Many of those updates haven’t yet begun.

Factors that Can Impact an Estero Car Accident Claim

As Estero car accident lawyers, we recognize there are many factors that can impact the outcome of a claim. It will be important for your attorney to carefully weigh each facet of your case before estimating its value and viability and formulating a success strategy.

Some of the issues that will affect whether you have a case, what it’s worth, and how we go about pursuing compensation on your behalf include:

Estero car accident lawyers at Garvin Injury Law extend free initial consultations to those who have been injured in South Florida crashes.