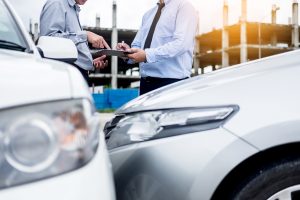 Florida is one of the few states that continues its use of no-fault car insurance, as opposed to a system of fault recognized by many states. Contrary to what some presume by its name, no-fault insurance doesn’t mean no-fault is assigned in the crash. It just means the coverage pays certain damages incurred by insureds upfront, regardless of who was at-fault.

The general idea of no-fault, which was adopted by the state in the 1970s, is that civil court systems won’t be clogged with a glut of car accident litigation for relatively minor injuries. Instead, motorists purchase personal injury protection (PIP) insurance. PIP covers up to $10,000 in medical and funeral costs – and they don’t have to prove the other driver was in the wrong to collect. If one’s car accident damages exceed that amount, they must meet the serious injury threshold (as outlined in F.S. 627.737) to pursue a negligence claim against the at-fault driver or other third parties.

Many say the no-fault system is riddled with fraud, though it should be noted at least part of the problem is the fight PIP insurers sometimes put up to prevent their insureds from collecting. Further, those with health insurance find PIP plans to be redundant and unnecessary.

It should be noted that in Florida, even if you are partially at-fault for causing a crash, you can still collect damages from other at-fault parties, proportionate to their degree of responsibility. For example, if you are deemed 30 percent at-fault and the other driver 70 percent, the other driver would be responsible to pay 70 percent of your total damages. This is known as pure comparative fault.

As an experienced Naples car accident attorney, my commitment to our clients is one that entails pursuing full and fair compensation for them from carriers of PIP, bodily injury liability, commercial liability, UM/UIM, umbrella policies and more. We continue to closely follow legislative developments as it pertains to Florida’s no-fault car insurance, and anticipate this isn’t likely to be the last showdown on this front.

If you are injured in a car accident in Naples, Fort Myers or Key West, contact Garvin Injury Law at 800.977.7017 for a free initial consultation.