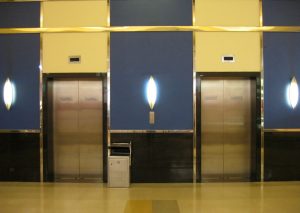 Plaintiff filed an injury lawsuit against the property owner on three counts, one of those alleging negligence per se. Specifically, he asserted a breach of a provision of Florida’s Elevator Safety Act. The act charges elevator owners with the safe operation, proper maintenance and inspection of elevators, and the duty to correct any elevator code deficiencies. The act does allow elevator owners to assign these responsibilities to a lessee (which, in this case, would be the doctors’ offices). However, it does not allow this responsibility to be shouldered by a service provider, such as an elevator maintenance company.

The trial court granted summary judgment to the defendant after ruling that certain evidence presented by the plaintiff (that an unknown employee relayed to him the elevator had been fixed) was not admissible. However, evidence had also been presented in the form of a physician’s testimony that no one had attempted to repair the elevator’s dangerous condition. For this reason, the appellate panel ruled that it was up to a jury to weigh whether the defendant of the action took (which reportedly included monthly inspections of the elevator) were adequate in fulfilling their duty under the statute to maintain the elevator in safe working order for invitees.

Suppose your personal injury has resulted, at least in part, because of some violation of laws intended to protect the public. In that case, you may be able to assert negligence per se, which could make winning your case more straightforward. A Key West injury lawyer can carefully examine the facts of your case to determine whether a breach of law contributed in some way to the accident or your injuries.

If you are injured in Key West, Naples, or Fort Myers, and would be interested in a free strategy session with our injury attorneys at Garvin Injury Law please call us at 800.977.7017