Florida is a boater’s paradise, with nearly 1,400 miles of coastline and 4,500 square miles of inland waterways and endless summers. But Florida also leads the nation in deadly boating accidents.

As our South Florida wrongful death attorneys can explain, boating accidents are considered “reportable” if:

Florida has such a high boating accident fatality rate because we have so many boats. More than 950,000 vessels are registered in the sunshine state, and that number has been climbing over the last decade.

When Boating Accidents are Deadly

Although boating is a way of life in Florida, it can also be deadly under some circumstances.

Boating accidents result in thousands of injuries and hundreds of deaths annually in the U.S. Although each case has its own unique set of facts, the FWC reports:

The top causes of fatal Florida boating accidents are:

Lee, Collier, Monroe, and Miami-Dade are consistently listed in the top 5 for fatal boating accidents in the state.

Suppose you are injured in a boating accident in Florida. In that case, you may have grounds to file a personal injury lawsuit against the individual or business believed responsible for causing the accident. This may include the following:

In most fatal boating accidents, the operator is responsible. Boat operators in Florida have a legal responsibility to exercise reasonable care to minimize the risk of danger to passengers and others sharing the waterway. Failure to do so, resulting in injuries, is called negligence. 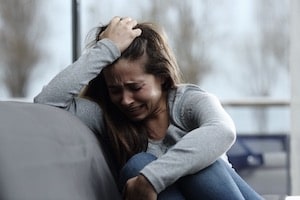 There are situations in which individuals have a responsibility to rise to certain duties. Operating a boat is one of them. If someone’s failure to rise to those duties results in the death of another person, they can be held legally liable in civil court for those damages.

Florida law stipulates that the decedent’s estate representative must file the claim, someone either named in a will or appointed by the court. That claim is filed on behalf of surviving family members, who may include:

No legal claim will bring back someone who is lost, but there are still reasons to file a wrongful death claim after a boating accident. The first is that wrongful death lawsuits help relieve survivors of a sudden death's financial burden, including funeral expenses, the decedent’s lost wages, any medical expenses incurred, and pain and suffering.

Secondly, such claims are a means of accountability, particularly if the negligent parties were not criminally charged for their role in your loved one’s death. Criminal cases are about violations of law, whereas civil claims are about holding people and businesses responsible when they fail to use reasonable care, and it hurts someone. Monetary damage awards can also serve as a deterrent for reckless or careless actions.

Defendants in a Florida wrongful death boating accident claim might include:

In Florida, you have two years under F.S. 95.11 in which to file a wrongful death claim. That is the simple rule, but there can be exceptions (namely against government entities). There are additional limitations of damages actions that may be filed in federal court that can shorten this timeframe and limit the available damages to the value of the vessel. Given these and other limitations, it is wise to have an attorney examine your case's facts as soon as possible to ensure you do not miss any filing deadlines.