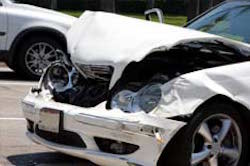 More than 1.7 million rear-end collisions occur in the U.S. every year, resulting in 1,700 deaths and 500,000 injuries, according to the National Transportation Safety Board.

Rear-end crashes are one of the most frequently occurring types of traffic accidents, and they are almost always the result of preventable negligence, usually by the driver in the rear. The National Highway Traffic Safety Administration has concluded in research that almost 9 in 10 rear-end collisions happen because the rear motorist was not paying attention. Other causes of rear-end collisions include:

This means liability in rear end car accidents is more rarely something that is heavily disputed (though it is not an impossibility). The genuine issue of fact in dispute in rear-end crash cases is usually the extent of the damages. In other words, defense attorneys will argue you are not hurt as badly as you allege, or alternatively, that the crash was not the cause of your injuries.

A Fort Myers Lawyer Who Fights for You

The car accident attorneys at Garvin Injury Law fight for the rights of injury victims and their families. Effectively pushing back on rebuttals of liability and challenges to causation require a legal team with both the knowledge of how to win these cases and the resources to cover upfront expenses such as consultation with crash reconstruction experts and economic analyses to identify the full scope of damages.

Although your case may seem an obvious win at the start, in settlement negotiations and a court of law, your arguments still must be supported by persuasive evidence. Even if you were the victim in a rear-end collision, you need to be prepared to present strong evidence on each of your claims.

Factors that will impact the seriousness of your crash (and thus the extent of your damages) will include:

Injuries in Fort Myers rear-end accident cases can include broken bones, facial fractures, crush injuries, internal organ damage, back injuries, spinal cord injuries, whiplash/ neck injuries, and traumatic brain injuries. Healing might last a few weeks, or it could mean a lifetime of disability – or even death. Full and adequate compensation is something to which you are entitled – and should not hesitate to seek the help of an experienced injury lawyer.

The rebuttable presumption of negligence in rear-end crash cases (the origin of which is outlined in the 2000 Florida Supreme Court decision of Eppler v. Tarmac America, Inc.) is a valuable tool in settlement talks or litigation. Unless this presumption is rebutted, the plaintiff would be entitled to judgment on that issue as a matter of law. It is not, however, considered an absolute, and it does not supersede Florida’s comparative negligence system.

In Birge v. Charron, the Florida Supreme Court ruled in 2012 the rebuttable presumption of fault by rear drivers in these crashes can be dissipated when evidence is produced from which jurors could conclude the front driver was negligent.

F.S. 768.81, Florida’s comparative fault law, holds that any damages or compensation you receive for injuries caused by another’s negligence can be proportionately reduced by your own fault in the case. That means even with the advantage of rebuttable presumption, jurors could find you were still partially to blame for the wreck, and in turn, reduce your total damage award by that percentage. So if you suffered $100,000.00 in damages, but jurors find you 20 percent at-fault, you would only be entitled to receive $80,000.00 – not the full $100,000.00.

If you are injured in a rear-end collision, our experienced injury attorneys in Fort Myers can help you determine the best course of action.