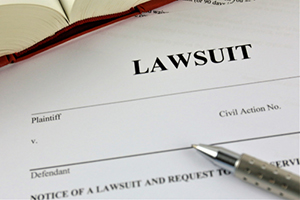 A class-action lawsuit occurs when the court consolidates the cases of many defendants who have been harmed – typically by a drug or defective product. A class action is often referred to as a class suit is a case where one person (and their lawyers) represent many people who were hurt or injured in a similar manner. These cases can be heard in either state or federal court. Traditionally, a federal court has been thought of as being more favorable to the defendant, or wrongdoing corporation, while state court has been thought to be more favorable to the plaintiff or victim; if the case was filed in state court it would likely be referred to as a Florida class action lawsuit. Our Fort Myers, Florida class action lawyers are familiar with both settings and can pursue your claim in either of them as appropriate. Mass tort lawsuits are similar to a class action lawsuit but have a few distinct differences which we will further detail below.

The Florida Class-Action Attorneys at Garvin Injury Law routinely review and monitor many types of cases involving defective products, dangerous pharmaceuticals, and defective medical devices. Many of these dangerous items have already been granted class-action status. In other cases, the class action lawyers at our Fort Myers based law firm work to determine if a dangerous or defective product case should be made eligible for its own class action. Another scenario with which we are familiar is called a mass tort, a mass tort lawsuit is similar to a class action lawsuit however in a Florida mass tort claim each case would be handled individually even though the similar or same harm occurred nationwide.

As for class action lawsuits, an attorney files suit for one or several plaintiffs, on behalf of a proposed class. The class must consist of a group that has suffered a common injury. The class action attorney for the injured party then must file a motion to have the class certified; this is not an easy process or one suited for an inexperienced lawyer. At our Florida Class Action Law Firm, we have a successful history of actually having classes certified and handling class action cases all the way to the trial phase.

Our Florida Class Action Lawyers are passionate about class action and mass tort cases as we believe that it is these cases that have the most likely chance of shaping an increase of safe manufacturing and safe design of the many of the products that we use every day.

Unfortunately, State and Federal lawmakers, who often receive large campaign contributions by the manufacturers of these dangerous and defective drugs and products, are working hard to restrict the rights of those injured by their negligence and restrict their ability to form a class. The Class Action Trial Lawyers at Garvin Injury Law alongside various pro-civil justice groups, fight tirelessly to keep these rights available for our clients as our collective safety depends on it.

If you or a loved one has questions about defective products, dangerous pharmaceuticals, or class action lawsuits in South Florida, contact Garvin Injury Law for a free and confidential consultation with a class action attorney in based in Fort Myers to discuss your rights.