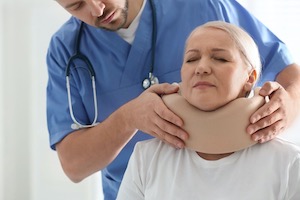 Navigating the world of South Florida personal injury claims can be confusing and overwhelming - at a time when you’re already reeling from a traumatic incident that has left you seriously hurt and/or grieving the loss of a loved one. An Estero personal injury lawyer is a legal advocate who helps guide injured people in the claims process and, if necessary, through each phase of litigation. We focus on resolutions that are both expedient and advantageous to the client.

Some of the types of cases our Estero personal injury law firm handles include:

The unexpected reality with which people are often confronted in Florida personal injury cases is that they are frequently more complex than they seem at first blush. Even when the question of “who’s at fault” is fairly straightforward (which is no guarantee), disputes over damages - or how much financial compensation is owed - can be contentious

Not all injury claims require filing a lawsuit. Favorable settlements can be attained with the benefit of an attorney’s persistent, hard-nosed negotiation with insurers. Such outcomes are often ideal because it saves everyone the time and expense of relying on the courts to resolve disputes in a trial while also yielding full compensation for things like:

That said, our team never rushes to an Estero personal injury case settlement if it’s not in our client’s best interests. We’re always prepared for the possibility of a trial, and have a track record of success in cases that progress to that stage.

When defendants and insurers refuse to rightly concede liability or pay their fair share, that’s when we take it to the courts. (In the event the insurer has refused to engage in these negotiations in good faith, there may even be grounds for a separate bad faith insurance claim after the fact - which can net triple damages.) Estero personal injury cases will be handled by the 20th Judicial Circuit court, which oversees legal matters in Lee, Collier, Charlotte, Hendry, and Glades Counties. If a civil injury lawsuit is appealed for any reason, it will be heard by Florida’s 2nd District Court of Appeal. 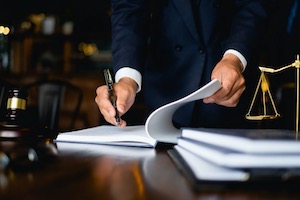 Although every case is different, the majority of disputed personal injury claims in Florida are fought on one or two key fronts:

Let’s start with negligence. In most injury claims, this is what determines whether the defendant is legally responsible (liable) to pay for the injuries in question. Negligence is sometimes called “fault,” but it is more precisely defined as the failure to use reasonable care that is expected of a person in order to minimize the risk of harm to someone else. Negligence is the legal theory on which Florida car accidents, slip-and-falls, nursing home neglect, and other injury cases are based. Medical malpractice is similar, except the proof burden is more stringent.

In most negligence cases, it doesn’t matter whether the defendant intended for anyone to get hurt. In fact, most of the time, no one was trying to hurt anyone. That’s why we call them “accidents.” Still, we do need to put forth evidence that the harm was preventable.

Instead, we must prove the following basic elements:

Even if you carry some degree of responsibility for what happened, the good news is you do not forfeit your right to collect on the rest. That’s because Florida is a pure comparative fault state, as outlined in F.S. 768.81.If you were partially at-fault for your own injuries, the percentage of fault assigned to you will proportionately reduce the maximum amount of money you can collect. For instance, if you sustained $100,000 in damages in an Estero car accident for which you are later found 20 percent at-fault, you could still recover $80,000 from the other driver, assuming you can prove they were 80 percent at-fault.

Next up is damages. Once our attorneys have proven fault, we need to establish that our client’s injuries resulted in financial harm, referred to as damages. When it comes to things like medical bills or lost wages, these are typically easily quantifiable because we typically have the literal receipts. For other losses, it’s a bit more subjective. This is where it really helps to have an experienced injury lawyer advocating for you.

We’re primarily concerned in personal injury claims with compensatory damages. This is money that is intended to “make whole” the person who was injured. The two types of compensatory damages are: Special (actual) and general. Special damages are those easily quantifiable expenses and losses, such as your medical bills or how much you expect to incur in medical expenses, lost wages and earning potential, property damages, transportation costs, etc. General damages refer to those impacts that aren’t quite tangible, such as pain and suffering, mental anguish, and loss of life enjoyment. Making a compelling case can substantially increase your total compensation. Defense attorneys in Florida injury cases will work tirelessly to challenge not only assertions of negligence, but also the extent of your damages.

Lastly, we should touch on another common point of contention in Estero injury cases, which is causation. The defense may concede they were at-fault. They might even agree you’ve suffered substantial damages. But when they dispute causation, they are arguing it was not their actions that proximately caused your injuries. This is especially probable in cases where the plaintiff did not seek immediate medical attention after the accident/injury. It leaves an open window for defense lawyers to suggest something or someone else caused your injuries or added to their severity.

How Long Do I Have to File an Estero Injury Lawsuit?

Save for a few serious crimes, every type of legal case in Florida has a finite window of opportunity in which it must be filed. This is called the statute of limitations.

Per F.S. 95.11, most personal injury cases have a four-year window in which to file. The clock usually starts ticking from the date of the accident. In rare cases, it can be pushed back to the time at which you learned of the injury or reasonably could have learned of it.

But one should never assume it’s a good idea to wait around for a few years before taking action. For one thing, your best opportunity to collect relevant evidence and witness statements is as soon as possible after an injury. The longer you wait, the greater the odds that key proof in your favor could be lost. Further, depending on who the defendant is (particularly if it’s a government agency), you may be required to exhaust certain administrative remedies first and provide notification of your legal action well in advance. There are other types of claims, such as Estero medical malpractice actions and any claim involving wrongful death, for which you only have a two-year window to seek remedy through the courts.

At the very least, consult early on with an experienced Southwest Florida injury attorney who can discuss deadlines and other important details you need to make the best decision for you and your family moving forward.