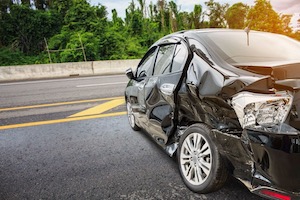 Bradenton is a city in South Florida located in Manatee County, where an average of 5,800 crashes are reported each year. Officials report these collisions result in nearly 4,800 injuries and more than 60 deaths annually. Crashes involving motorcyclists, bicyclists, and pedestrians tend to be the most serious, though no one is entirely immune from the devastating consequences of careless drivers.

The Sarasota-Manatee county area experienced a sharp uptick in traffic fatalities over the last couple years, particularly during the pandemic. Traffic volumes were down, but that compelled more drivers to speed, according to the regional transportation planning agency. In just one recent year, more than 120 people were killed in local crashes, with vehicles moving outside of designated lanes cited as a primary cause in many Bradenton car accidents.

Within the last few years, local officials have started brainstorming about how to reduce the risk at Bradenton area’s most dangerous intersections, identified as:

While local transportation officials are examining road design solutions to traffic safety issues, much of it comes down to driver behavior. In addition to speeding, other common causes of Bradenton motor vehicle crashes:

How Do I Prove Fault and Damages in a Bradenton Car Accident Case? 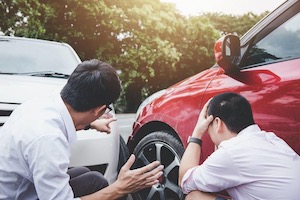 As our Bradenton car accident lawyers can explain, the two biggest sticking points in most crash cases are fault and damages.

Fault refers to which parties are responsible to cover the cost of damages. Florida is a no-fault state with regard to car insurance. That means drivers are required to carry personal injury protection (PIP) insurance, which covers a percentage of one’s medical expenses and lost wages if you’re in a crash - no matter who was at-fault. PIP will cover damages to you and your passengers. However, PIP only provides up to $10,000 in coverage for a portion of your medical bills and lost wages. It also isn’t available for motorcyclists and isn’t required for pedestrians or bicyclists who may be hurt in a crash.

One can step outside the no-fault system and claim damages if they meet or exceed the serious injury threshold, as outlined in F.S. 627.737. If so, you can pursue damages (recover compensation for what you’ve lost) from other at-fault parties. That can be the other driver, the maker of a defective vehicle, a government agency that failed to mitigate the danger at a hazardous intersection, or a bar that served alcohol to a minor who later wrecked. In these cases, the degree of fault will matter. Florida is a pure comparative fault state, meaning even if the person injured was partially at-fault, they can still collect damages from others who were at-fault. However, the amount they can collect will be proportionately reduced by their own percentage of fault. So if one’s damages are determined to be $200,000 but they were 40 percent at-fault, they will only be entitled to collect 60 percent of their total damages from the other at-fault parties, or $120,000. Working with a skilled, experienced South Florida car accident lawyer who understands how to successfully challenge any assertions of fault on your part can help reduce your comparative fault, and ultimately increase the damages you can collect.

“Damages” refers to what you’ve lost as a result of the crash. For some damages, we can simply show the receipts. These are called special or economic damages. Losses like medical bills, how much time you had to take off work (lost wages), ongoing therapies, transportation costs, medication costs, etc. - all of these things are typically easy enough to tally in black-and-white. Estimating future expenses (to which you may also be entitled) gets a little trickier, and requires evidence of how severe your injury is and how it is likely to impact you in the months and years to come. You may also be entitled to something called non-economic damages, which are for less easily quantifiable impacts, such as pain and suffering and loss of life enjoyment. Here again, working with a qualified injury attorney usually makes a significant difference.

If you are injured in a Bradenton car accident, our injury law firm has decades of experience, proven results and can help you navigate the claims process and fight for full and fair compensation for your losses.

Contact Garvin Injury Law, Bradenton car accident lawyers, by calling 239.277.0005, or write to us online for a free case review.