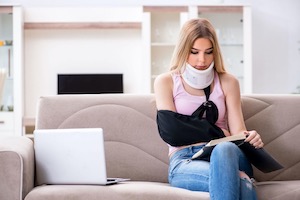 Bonita Springs personal injury lawyers are invested in helping those injured as a result of someone else’s actions pursue full and fair financial compensation from those who had a legal responsibility to exercise greater care. The stated purpose of “compensatory damages” in these cases is to “make whole” the person or persons affected.

At Garvin Injury Law, we recognize that for people profoundly impacted by drunk or careless drivers, irresponsible property owners, or negligent doctors, money can’t erase the past. What financial damage awards can do, however, is help those injured begin to turn the page and transition with greater ease to the next chapter.

Beyond this, a successful civil claim in South Florida has the potential to help secure a measure of accountability. Punishment is generally not the purpose of civil litigation (except in the narrow circumstances where punitive damages are applicable, pursuant to F.S. 768.73). However, as longtime personal injury attorneys, we can attest that survivors do often derive a degree of closure from civil case victories.

It’s worth noting that not every injury is actionable.

Most Florida personal injury claims require proof of negligence. Broadly speaking, negligence can be defined as one’s failure to use reasonable care when they had a legal responsibility to do so, resulting in injury to someone else. Each of these elements must be proven to collect damages from the tortfeasor (legalese for the wrongdoer).

There are a few types of injury cases where the standard is a bit different. For example, in Bonita Springs medical malpractice cases, an expert witness is required to show that the doctor breached the applicable standard of care for their profession and the treatment setting where the harm occurred.

Another legal theory used in some injury cases is strict liability. Essentially, it’s where a person or entity may be held legally responsible for damages or injuries even if they did not act with fault or negligence or intent. In Florida, it’s typically applied to animal bites, manufacturing defects (of dangerous products), and abnormally dangerous activities. 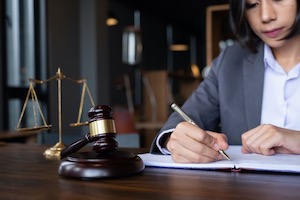 Not all personal injury claims require a lawsuit, but most are going to involve insurance companies. A skilled injury attorney can actually help you avoid litigation in some instances by negotiating a fair settlement with insurers early on. Even when negotiations aren’t as fruitful as we’d like, we can often gain certain concessions - for example, on the question of fault. That leaves fewer issues that can take less time to resolve if the case must proceed to civil court (in Bonita Springs, the 20th Judicial Circuit, which serves Lee, Collier, Charlotte, Glades, and Hendry Counties).

While every case is of course different, the issues that tend to be the most contentious in civil case disputes:

Most Bonita Springs injury lawsuits won’t make it to trial. That’s because most are resolved prior to that point, often in a settlement deal. Nonetheless, it’s smart to work with an injury law firm with extensive civil trial experience - and a track record of success - in the event that pressing on to that point is in your best interests.

Insurers routinely work to minimize the liability of themselves and their insureds. However, they are required by law to act in good faith in their dealings. Failure to do so is called “bad faith insurance.”

Florida’s “bad faith” law allows an insured person - or someone who has been injured by an insured person - to recover damages from an insurer that failed to settle a claim in good faith when the insurer could have done so. The statute recognizes that insurers have a considerable advantage of their insureds in terms of bargaining power, and that has led to unfair practices on the part of insurers. Examples of bad faith faith insurance would be denying a claim without giving a reason, offering less money than a claim is worth, refusing to pay a valid claim, failing to conduct a complete and prompt investigation, misrepresenting policy language or the law, putting the company’s profits over a policyholder’s valid claim, delaying payment of a valid claim, making threats, or refusing reasonable requests for documentation.

First-party bad faith claims are pursued by insureds who sue their own insurer claiming refusal to settle a claim against the insurer in good faith. These usually involve improperly-denied coverage, underpaid losses, or payment delays without justification. Third-party bad faith claims arise when an insurer fails to settle in good faith a third party’s claim against the insured within the policy limits.

Bonita Springs bad faith insurance claims should never be pursued without the aid of an experienced personal injury lawyer.

If you have sustained a personal injury in Bonita Springs and/or have been grappling with unreasonable insurers, our dedicated team of civil trial lawyers can help.