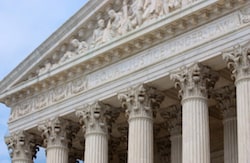 Being arrested, or finding out that you are the target of a criminal investigation is an incredibly scary time, as our Fort Myers federal crime lawyers understand. It is even more frightening to learn that the Federal Government is at the other end of this process. The United States Government has unlimited resources at their disposal; after all, they are prosecuting defendants with their own tax dollars.

In Federal Court, an arrestee has usually been followed or investigated for months, even years; this is very different from a state case where officers often stumble upon a serious crime after pulling a suspect over for something as simple as a traffic ticket. This investigation process greatly changes how Federal cases are handled and is one of the many reasons why an experienced federal crime attorney in Fort Myers is necessary to properly handle these complex cases. Defendants charged in Federal Court are often charged with committing criminal acts, which would also be illegal under  similar state law; however, the process that will soon follow is vastly different and requires specialized experience.

When charges are formally filed by the U.S. Attorneys office they are either filed by an indictment or information. If the charge is a felony, the Fifth Amendment of the U.S. Constitution requires that the defendant must be indicted by a grand jury; if the charge is a misdemeanor (or a felony where the Defendant agrees to waive indictment), the U.S. Attorney’s office can simply file a piece of paper (Information) saying that the defendant committed the illegal conduct.

After an arrest, the Defendant must be taken, without unnecessary delay before a magistrate judge to advise the Defendant of the charges, their right to retain (or be appointed) an attorney, and at this time, the judge may initially determine if the Defendant can be released pending trial.

Unlike state court, the discovery (a.k.a. investigation) process is very limited and the Defendant is very restricted in the investigations that he/she will be permitted to participate in. This yet another reason why it is important that a defendant hire a good federal crime lawyer in Fort Myers. At Garvin Injury Law, we have developed a reputation for handling these cases with an attention to detail and take the time necessary in an effort to achieve the best possible outcomes on our Federal Cases.

If you, or someone you know is facing Federal prosecution in Federal Court please contact our Fort Myers federal crime attorneys as soon as possible as the Federal criminal process moves incredibly quickly.

We often handle the Following types of cases in the Middle and Southern Districts of Florida in the United States District Court:

Resources
Contact Us
Read Our Blog
Practice Areas
Client Reviews
★★★★★
"This firm is absolutely exceptional. They are very professional while always being on a one to one basis with us. Our settlement was settled for much more than we ever expected. They don't advertise. They don't have to. The quality and thoroughness of their work speaks for itself. I strongly recommend that before you see any other attorney to visit Garvin Injury Law first. You won't be disappointed." D.A.
★★★★★
"Jeff Garvin is an amazing attorney; a lawyer of highest integerity, great experience, tremendous talent, and mighty work ethic. He was very positively interactive with my wife and me throughout our case. We really like and appreciate him, both personally, and professionally." Patrick
★★★★★
"EXCELLENT attorney, very knowledgeable, does intense and in depth background research and investigation. Well prepared for depositions, arbitrations, hearings. Very personable and approachable. Takes necessary time with clients and provides thoughtful answers to inquiries. Always kept me informed. Completely trustworthy." Stephen
★★★★★
"Leland Garvin is a very knowledgeable, honest and compassionate lawyer. He was easy to speak with and took the time to go over details and scenarios which enabled me to make informed decisions in my difficult case. There are so many facets of a lawsuit that would have been stressful, but they handled everything, so I could focus on my recovery. I highly recommend Leland Garvin if you’re looking for a lawyer you can trust." R.H.
★★★★★
"Mr. Garvin handled my complex personal injury case and obtained a very good result. He has a strong knowledge of the law and the practical aspects of this type of litigation. I highly recommend him." Steve
View More
Submit a Law Firm Client Review